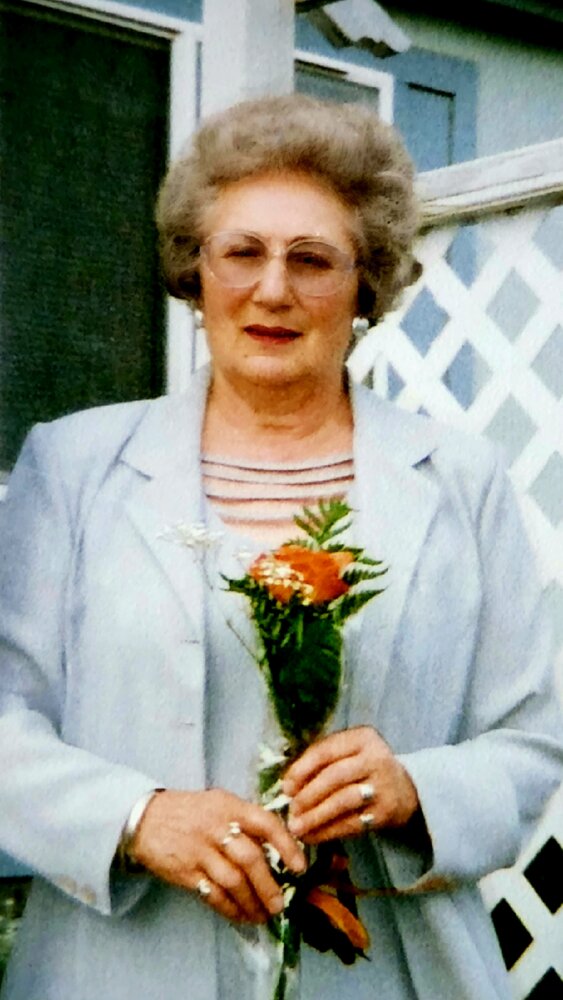 Obituary of Dorothianne B McDowell

Please share a memory of Dorothianne to include in a keepsake book for family and friends.
View Tribute Book
Dorothianne B. McDowell was born July 2, 1927 in Dillon, MT to Michael D. and Katherine K. Boka. She died on October 18, 2022 at Coventry House in Othello, WA. She met and married Dean W. McDowell in Dillon, MT after he returned from WWII. She attended the University of Montana Western. She and her husband left their hometown to teach school in Eltopia, WA. She taught the lower grades while her husband, Dean, was in charge of the upper grades. After four years, they moved to Long Lake, WA. where they taught at Ford Elementary School. Their son, Dana, was born in 1952 and their daughter, Karlye, was born in 1955. They moved to Lind, WA later that summer. Dean became principal and Dorothianne taught first grade for ten years at the elementary school and then moved to fourth grade where she remained until she retired. They raised their family with many weekend travels and summer adventures back to Dillon, MT. They also built a small cabin in Lincoln County near the Spokane arm of Lake Roosevelt. Dorothianne received her B.A. Education from Eastern Washington University and her Masters in Education from the University of Montana Western during summer breaks. After Dean died in 1993, Dorothianne had several exchange students stay with her and attend high school in Lind. She enjoyed traveling, which included trips to Washington D.C. and England. She took an excursion to the East where she visited the Great Wall of China. Dorothianne volunteered at a variety of places which included Samaritan Hospital, The Old Hotel Art Gallery & Specialty Shop, and the Lind Senior Center. She also provided rides to people who needed to get to appointments around the area. Dorothianne was a regular attendee of St. Ambrose Catholic Church in Lind and later attended Queen of All Saints Catholic Church in Warden. Dorothianne was preceded in death by her parents, her husband, and her brother, Michael Daniel Boka of Las Vegas, NV. She is survived by her son and daughter-in-law Dana L. and Deborah McDowell, daughter and son-in-law Karlye K. and Michael Pixton, grandchildren Michael K. Pixton Jr. (Jennifer), Dorian Shank (James), Jacqueline Logen-McDowell (Karsten Logen), and Rory C. McDowell. Great grandchildren include Jacob and Karlye Shank and Leigh and Collin Pixton. A memorial service for Dorothianne will be held at the Lind Lions Club on Saturday, November 5, from 2:00 pm - 5:00 pm. In lieu of flowers please send donations to the Lind Senior Center or the senior center of your choice.
To plant a beautiful memorial tree in memory of Dorothianne McDowell, please visit our Tree Store
Wednesday
5
October

Look inside to read what others have shared
Family and friends are coming together online to create a special keepsake. Every memory left on the online obituary will be automatically included in this book.
View Tribute Book

Share Your Memory of
Dorothianne
Upload Your Memory View All Memories
Be the first to upload a memory!
Share A Memory
Plant a Tree