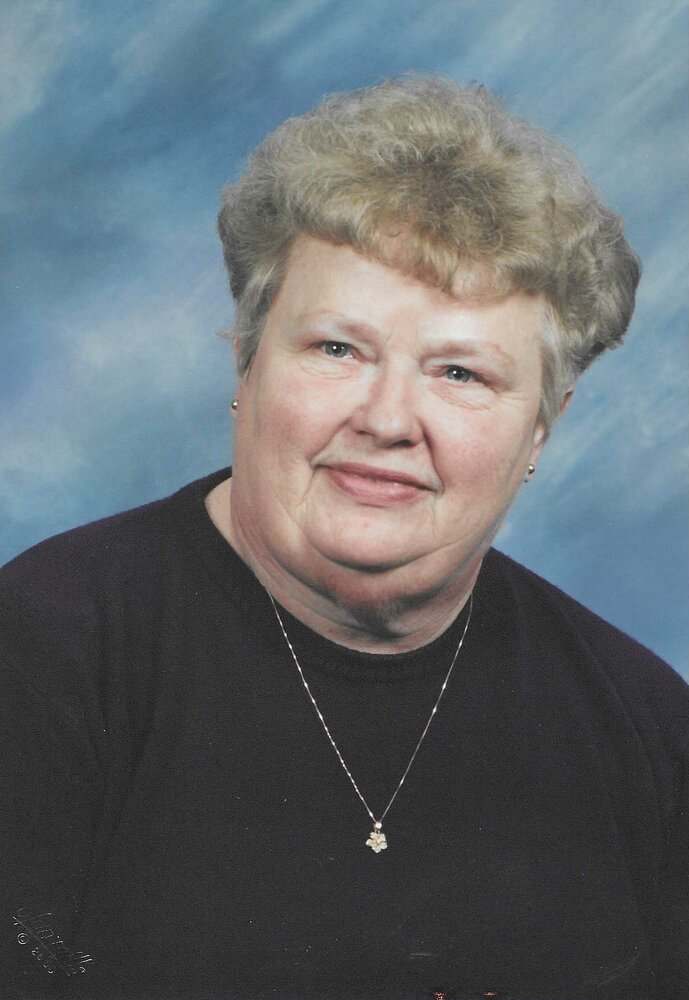 Please share a memory of Vivian to include in a keepsake book for family and friends.
View Tribute Book
Vivian A. Grams (83) Passed away on September 4, 2022 in LaGrande Oregon Vivian was born on September 5, 1938 in Ritzville Washington to Louis and Mamie (Gillette) Allert Vivian grew up on the family farm located near Ralston, Washington and then the family moved to Ritzville while attending Ritzville Schools. She graduated from Ritzville High School in 1956. After high school she attended Eastern Washington College. She married Sandy Grams in 1959. Sandy and Vivian had three children which they raised in Odessa and Ritzville. Vivian work for Dr. Meadowcroft the eye doctor in Ritzville, drove school bus for Ritzville School District, bookkeeper for Union 76 gas station which Sandy and Vivian owned and operated, bookkeeper for DelDon cattle company, helped run the club house at the Ritzville Golf Course, office manager for Grassi Heating and Airconditioning company Walla Walla, WA, office manager for Roth Real Estate company Milton Freewater, Oregon customer representative for Bank of Whitman of Ritzville, WA Vivian attended the Ritzville United Methodist Church from a young age and then in later years attended the Ritzville Foursquare Church. Vivian enjoyed many activities. She enjoyed traveling with friends and family to many different vacation places. One of her favorite vacation places to visit was the Oregon Coast. Vivian had a special Pinochle Card Group that played regularly for over 50 years. A week before Vivian passed away she was able to get together with her card group for a luncheon in Ritzville. A special thing that Vivian enjoyed doing was watching sunsets from various locations that she visited. Vivian was preceded in death by her parents Louis and Mamie Allert, brother Sonny (Delbert) Allert, and grandson Dustin Gilchrist. She is survived by her sister Beverly White of Coulee City, Washington, daughter Terrie Teeter of Imbler, Oregon, daughter Debbie ( Brad) Gering of Ritzville, Washington, son Kurt Grams of Richland, Oregon, granddaughter Ashly (Jon) Lehman and great grandson Mateo of Pendleton, Oregon, grandson Brent Teeter and great grandson Gage Teeter of Imbler, Oregon, grandson Bryson (Jacqueline) Gering of Richland, Washington, granddaughter Abby Gering of Ritzville, Washington as well as several nieces, nephews and cousins. A memorial service will be held on Wednesday September 14, 2022 at 11:00 am at the Ritzville Foursquare Church which is located on 2nd and Columbia Street in Ritzville, WA. Lunch will be provided following the memorial service. Memorial gifts may be made out to Ritzville Foursquare Church.
To plant a beautiful memorial tree in memory of Vivian Grams, please visit our Tree Store
Wednesday
14
September

Look inside to read what others have shared
Family and friends are coming together online to create a special keepsake. Every memory left on the online obituary will be automatically included in this book.
View Tribute Book

Share Your Memory of
Vivian
Upload Your Memory View All Memories
Be the first to upload a memory!
Share A Memory
Plant a Tree