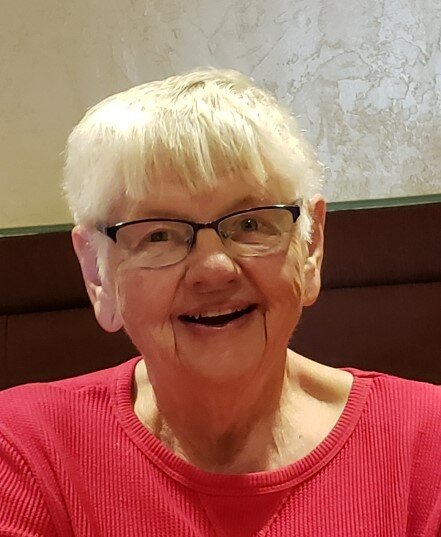 Dorothy Armstrong, 84, passed away on April 28, 2022. She was born June 30, 1937 to Harry and Sally Dahl in Red Wing, MN, and as the youngest joined 3 brothers (Don, Gordy, and Larry) and one sister (Beverly). Dorothy moved to Pasco, WA with her mother in 1952 and gained two step-bothers (Arnie and Larry). Dorothy graduated from Pasco High School in 1955, Columbia Basin College, and Eastern Washington University. Her first teaching job was with the Ritzville School District in 1960. Dorothy met Rolland Armstrong, a fellow teacher in Ritzville in 1961, and they “pooled paychecks” and married in June of 1962. Ritzville became their forever home and they raised two daughters, Yvette and Lori. Dorothy taught high school, physical education, kindergarten, and third grade during her career and coached tennis. Dorothy loved a good card game and excelled at winning when ever she played rummy. Her life-long bridge friends were always good for a laugh and a relaxing evening. Bridge, 7-up, hearts, cribbage, pinochle, king’ s corners, crazy eights, and even spoons with the grandkids were some of her favorite games. Lots of laughter and an evening of games were special family times. Flowers were another of Dorothy’s loves. Peonies, roses, bleeding hearts, and lilies were some of her favorites. In addition to her parents and step-father, Dorothy was preceded in death by her brothers Don, Gordy, Larry, and Arnie and her sister Bev. She is survived by her husband Rolland, her step-brother Larry Green (Jackie), her children Yvette Armstrong and Lori Olson (Darren), grand children Spencer Olson and Jasmine Olson, and numerous nieces and nephews. A celebration of life memorial service will be held at 1 p.m. Saturday, May 14 at Emanuel Lutheran Church, 206 S. Division St, Ritzville, WA. In lieu of flowers donations may be made to Emanuel Lutheran Church or a charity of your choice.
To plant a beautiful memorial tree in memory of Dorothy Armstrong, please visit our Tree Store
Saturday
14
May

Share Your Memory of
Dorothy
Upload Your Memory View All Memories
Be the first to upload a memory!
Share A Memory
Plant a Tree