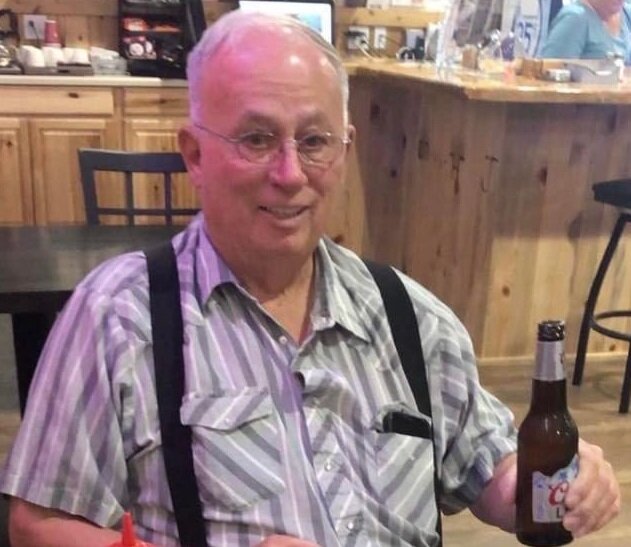 Larry Koch was born in Ritzville, WA on September 22, 1943 to parents Lawrence & Normadine Koch. He attended school in Ritzville, WA graduating from Ritzville High School in 1961. Larry peacefully passed away Tuesday morning, March 29, in Spokane, WA Larry’s dream job was to own & operate a café, thus the birth of Kochie’s Place, Lind’s newest business. However, the business burned to the ground shortly after opening leaving Larry with new options & decisions. Shortly after, Larry accepted a job at Union Elevator & Warehouse Company. In three years, he was promoted to the foreman of outside operations. After daily obligations, Larry would supervise and mentor many kids during their part time work. They fondly remember his patience, work ethic & his sense of humor, and they were constantly testing him. But, it was difficult to pull anything over on “Lar” & they rarely did. Larry also served a one year term as the president of the NCW Grain Warehouseman’s Conference. He remained at Union Elevator until his retirement. Larry served on the Lind City Council & was a ‘hands on’ Mayor of Lind, serving the Town of Lind for three terms (1994 – 2009). It was not uncommon to see him making repairs on a roof or mowing grass & weeds on the walking trail. He repaired equipment, & could drive and operate most equipment. And he was present for all town’s activities. He was a 42 year member of the Lind Lions Club, serving 2 terms as president. He was especially known for his tail-twisting tactics & no one attended a Lions event without having money for the “pot” and the nerve to stand and face the tail-twister. He made sure his ‘victims’ (& there were many) had to stand and ‘face’ his accusations. He insisted that all fines were paid, & he did so with a grin on his face. He was well known in the Ritzville and Odessa clubs for his popular annual Thanksgiving Turkey Dinners spending days preparing turkeys with roasters of homemade dressing & all the trimmings. In 1988, Larry was chosen as one of 9 community members to plan and orchestrate the 9 day celebration of Lind’s Centennial. It was a busy time for Lind as the Memorial Park and Centennial activities kept Larry and committee busy and involved for many years. And thus the birth of the Combine Demolition Derby which found Larry repairing, decorating, and transporting the women’s demo combine to various events. Larry was usually optimistic & willing to try something new. He designed, planned & built a house on the south side of Lind, & when asked why, he said he just wanted to see if he could get the job done. He did! Although short lived, he named his new business “Bent Nail Construction”. To many kids in Lind, Larry’s greatest attributes included the many years he donned a Santa Claus suit to hear Christmas wishes for the Lions Club, Centennial Christmas, & the Christmas Parade. He always willingly wore that red suit and was very proud of himself that he never once had to add any padding to the suit. That thing fit him like a glove! Larry loved visiting friends at the lake and hosting pinochle parties. He loved a good rodeo, especially making his annual trip to the Ellensburg Rodeo & his favorite trips were to the NFR in Las Vegas. And if you ever saw him driving by with a passenger, you might assume he was off to a grandchild’s ball game or was driving a friend to an appointment. We will miss him! The contagious smile and terrific sense of humor were priceless, & we will never forget a good father and friend. Larry was preceded in death by his parents, Normadine & Lawrence, step father Albert Kulm, his two brothers, Gale & Gerald, and a grandson, Nathan. He is survived by six children: John, Heidi, Tina, Kim, Kevin & Kreg. Larry leaves behind 9 grandchildren & 10 great grandchildren. A memorial will be held Saturday, April 9, 2022, at the VFW Legion Hall, 11:00 AM, 106 W Broadway Ave. in Ritzville, WA followed by a reception at Jakes Café, 1604 W 1st Ritzville, WA Memorials may be made to the Lind Lions Club, PO Box 37, Lind, WA 99341
To plant a beautiful memorial tree in memory of Larry Koch, please visit our Tree Store
Saturday
9
April

Share Your Memory of
Larry
Upload Your Memory View All Memories
Be the first to upload a memory!
Share A Memory
Plant a Tree