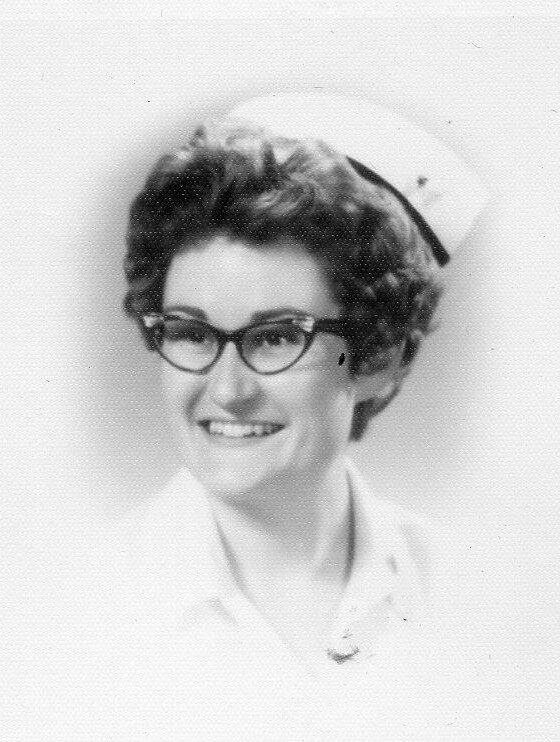 Bonnie Cecil Mays Swannack passed away on March 1, 2022. She was born November 21, 1938. Bonnie grew up in Hooper, WA and graduated from Lacrosse High School, May 31, 1956. After graduation, Bonnie attended Whitworth College to pursue a career in nursing. She graduated from Deaconess School of Nursing on September 15, 1961 and Whitworth College June 3, 1962. Bonnie went on to work as a registered nurse at Deaconess Hospital where she met her husband, Bill Swannack, who just happened to be a patient of hers. They were married on February 15, 1964. Their son, Tom, was born in 1965, and daughter, Janet, in 1967. Growing up in Hooper, she often rode her horse, Rondo, all over the hills. Many times, she would ride all day and not come home until after dark. Riding all day was easy for her because she had a nice Hamley saddle that her dad purchased at a farm auction. Bonnie was recently reminiscing and laughing about how she not only took her dad’s horse, but the saddle, as well! When she quit riding, the saddle was given to Tom, who used it for many years. This winter, Holly cleaned it up and plans to use it this spring. Sewing was always a big part of Bonnie’s life. In the beginning, she sewed clothes with a Singer Featherweight sewing machine that was a surprise gift given to her by her parents when she was at college. Janet now has this sewing machine, but of course, Janet did not inherit her mother’s love of sewing. Bonnie later transitioned from sewing clothes to quilting. She was a member of the Washington State Quilters Association, and one year she was honored as their featured quilter. She also enjoyed many years of being an active member of the Cheney Country Quilters group. Bonnie spent years judging quilts at local fairs, where she also entered her own quilts and other handiwork including wall hangings, table runners, bags, pot holders, and the like. In recent years, she had documented that she had made and sold, over 20,000 pot holders. From the time her kids began to play sports and be involved in other activities, Bonnie was always present. This continued for her granddaughter, Tommi through all of her various activities, sports, and rodeo. Bonnie was known to go round and round in those crazy roundabouts just trying to get to Tommi’s rodeos. Bonnie will be remembered for many things. She loved her children and their spouses, and she loved her granddaughter, Tommi. She was dedicated to the Lamont community and her church. Bonnie was preceded in death by her parents, John and Pearl Mays, and her sister, Karen Mays Coffelt. She is survived by her spouse of 58 years, William C, Swannack, Jr., her son, Tom (Holly) Swannack, her daughter, Janet Swannack Bowman (Mark) and granddaughter, Tommi (Colton Miller) Swannack, and her brother, Dale (Helen) Mays and numerous nieces and nephews. In lieu of flowers, the family suggests that memorial contributions may be made to the Lamont Community Church c/o Ardis Swift. A celebration of life will be held Saturday March 5, 2022 at 1:00 p.m. at the Lamont Community Building. To leave online condolences for the Swannack family please visit our website at www.danekasfh.com
To plant a beautiful memorial tree in memory of Bonnie Swannack, please visit our Tree Store
Saturday
5
March

Share Your Memory of
Bonnie
Upload Your Memory View All Memories
Be the first to upload a memory!
Share A Memory
Plant a Tree