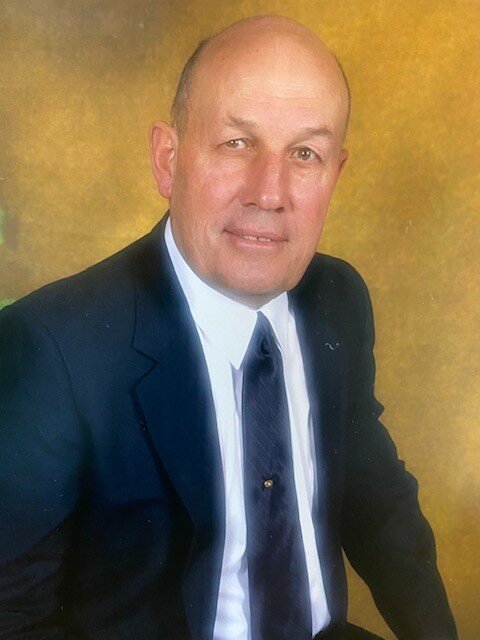 Gary Scott Galbreath (81) was born December 31, 1939, to Maynard and Alma (Scott) Galbreath in Spokane, WA. Gary was a lifelong farmer in Ritzville, WA. until September 2014, when he suffered a severe stroke and was unable to return to the fields and enjoy the deep, rewarding pleasures of farming. Over the past seven years, Gary battled through various complications, while trying to find joy and meaning in his post-stroke days. On Christmas day, December 25, 2021, Gary was set free and able to walk into the perfect, loving arms of Jesus. Gary graduated from Ritzville High School in 1958, and then attended Seattle University on a golf scholarship. After graduating from SU, Gary married Donna Kessler (Ritzville High 1961). Gary and Donna moved into a Seattle apartment so that Gary could put his college accounting degree to work for the Boeing Company. They welcomed their first son, Gregory Scott, in October of 1963. After a couple of years, Gary moved his family home to Ritzville and became a greenskeeper for the golf course. Shortly after, Gary joined his dad, brother Dale, and later brother Mark, on the family farm. Amy Jo (born 1967) and Cletis Maynard (born 1971) completed their family. Gary grew up learning the joys of rural life, value of chores and hard work, love of animals, and developed many business and leadership skills along the way. He was a lifelong member of the Trinity United Methodist Church, served on the Ritzville School Board, Wheatland Bank Board, Big Bend Electric Board, and the Adams County Wheat Growers. He also led the local 4-H horse club and coached high school baseball. Over the years, he actively engaged in civic life, serving in varied capacities throughout the community and region. In 2001, Gary married Ronna Miller (Ritzville High 1958) and gained four beautiful daughters: Marva, Janet, Dona and Connie. Music filled Gary’s life, and Gary and Ronna were able to spend considerable time on the dance floor. They traveled and created memories together that helped carry them through the tough years after the stroke. Ronna was a wonderful, tireless, caregiver and fought hard and long to keep Gary in his Ritzville home. Ronna first employed, and then embraced, five “angels” that provided Gary’s care and comfort over the past seven years. Tesa, Cora, Tanya, Adriana and Raven… there are no adequate words to describe how Ronna and the entire family are so deeply grateful for the love you showered over Gary. Gary was preceded in death by his father, Maynard (1969), his youngest brother, Mark (1989), and his mother, Alma (2014). He is survived by his wife, Ronna; his children, Greg, Amy Jo (Don), and Clete (Nikki); his brother, Dale (Julie) and his sister-in-law, Amy Jo Galbreath; grandchildren, Hallie Jo (Mitch), Jace, Reece, Bryce, Collin, Georgia and Hank; Ronna’s daughters, Marva (Craig), Janet (Scott), Dona (Bret) and Connie (Kevin); Ronna’s grandchildren, Emily (Brian), Tracie (Michael), Amy (Gavin), Christopher (Jessi), Brady (Amalia); and 10 great-grandchildren. A service is planned for Saturday, January 15th, 2022, 11:00am at the Emanuel Lutheran Church, 206 S. Division, Ritzville. Live-stream available on Facebook under the Emanuel Lutheran Church home page. Memorials may be given to the Trinity United Methodist Church, P.O. Box 2, Ritzville, WA. 99169, or the Wheatland Communities’ Fair Jr. Livestock Sale c/o Gary Galbreath Memorial, P.O. Box 14, Ritzville, WA 99169.
To plant a beautiful memorial tree in memory of Gary Galbreath, please visit our Tree Store

Share Your Memory of
Gary
Upload Your Memory View All Memories
Be the first to upload a memory!
Share A Memory
Plant a Tree