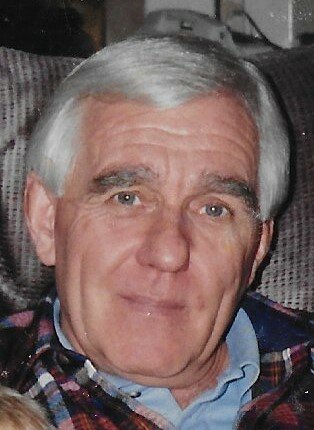 Darrel Stephen Koss of Ritzville, WA passed away on Thursday, Dec. 9, 2021 at the age of 87 at Holy Family Hospital in Spokane Wa. Born in Yakima, WA in 1934 to Thelma Brackney and Arthur Stephen Koss, he was raised in Wapato, Wa growing up on the family farm. He thrived on hard work all his life, helping his family raise hogs and beginning his life-long interest in the garbage business. He helped his dad, hauling waste at an early age along with brother, Ralph. He purchased his first garbage truck when in his twenties with money willed by his grandmother. He married Nancy Colleen Morrow, that union producing two children, Richard and Lisa. As business thrived he acquired contracts with numerous towns in the Yakima Valley. After divorce he later married Diane Hunter Thompson. The couple relocated to Bellevue WA in 1970 where he worked for General Disposal Corporation and raised two step-daughters, Kelly and Laurie Thompson. His work later took him to Lewiston Id and Spokane Wa. Retiring in 1999 he later entered into a contract for garbage service in 2001 with the City of Ritzville followed by the Town of Washtucna and City of Sprague. The company, Wheatland Waste Systems, is presently managed by co-owner and son, Rick Koss. Darrel’s greatest pleasure involved community service. He was active in numerous local organizations, serving on the City Council and was president of the Chamber of Commerce. He was an avid supporter of the Ritzville Blues Festival and the Wheat Land Fair & Rodeo, purchasing an animal from the Jr. Livestock sale every year in support of local youth. He enjoyed many years of travel in his RV with his wife and dog Timber. Darrel was preceded in death by daughter Lisa in 1991 and brother Ralph in 2010. He is survived by his wife of 51 years , Diane, son Richard (Connie) Koss, stepdaughters Kelly Turk and Laurie (Ken) Hansen. He will be greatly missed by eight grandchildren and nine great grandchildren. After cremation, no service is planned and a Celebration of Life will be held at a later date.
To plant a beautiful memorial tree in memory of Darrel Koss, please visit our Tree Store

Share Your Memory of
Darrel
Upload Your Memory View All Memories
Be the first to upload a memory!
Share A Memory
Plant a Tree