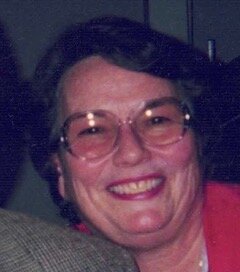 Obituary of Patricia A Hennings

Our loving mother and grandmother Patricia Allene Hennings, 88, passed away peacefully on November 24th, 2021 after a brief illness. She was born in Spokane on November 13, 1933 to parents Judge Richard B. and Allene (Mills) Ott. Her early years were spent growing up in Ritzville on 4th Street and spending time in Sprague, WA with her grandmother. During WWII, while in 5th grade, she moved with her parents briefly to Fort Lewis, WA and Salt Lake City, UT for one year and then to the Presidio in San Francisco while her father served in the Army. She often remarked how the time at the Presidio was her favorite childhood memory.Patricia, or Peaches as she was known to her friends, returned to Ritzville after 8th grade and graduated from Ritzville High School in 1951. She then attended Washington State College, where she played clarinet in the college band, and got her degree in Home Economics, accomplishing this in three years by attending college for two summers. Patricia married Willard C. Hennings on December 18th, 1954 in Ritzville at the Episcopal Church. After living in Sprague for a short time they moved to the Ott farm at Marengo. After a year in the old house they moved into the new home that Patricia helped design. Son Curtis was born in 1955 and daughter Tamara was born in 1957 and they were raised at Marengo. Patricia loved living at the farm and was an integral part of the operation as well as having a small cow herd that was her pride and joy. Patricia’s love of Priest Lake, ID started with the fishing trips that she and her parents took to Elkins’ Resort. As a teenager she worked at the resort during the summer and Joanie Elkins became a lifelong friend. She shared this love for the lake with Willard, her kids and later the grandkids and they spent many happy days there. She and Willard enjoyed traveling through the years to many places around the United States, Mexico and Europe with friends. They especially enjoyed being part of the Jaycees Outstanding Young Farmer of the Year organization and made lifelong farmer friends through this connection. They always looked forward to their yearly farm tour gatherings and the OYF convention. Patricia was a member of the Order of the Eastern Star, Kappa Kappa Gamma sorority and the Ritzville Chapter AR of the P.E.O Sisterhood. She is preceded in death by her parents, baby brother Bruce, Willard, her husband of 66 years, infant son Spencer and her daughter Tamara. She is survived by her son Curtis (Erika) of Ralston, WA, son-in-law Stephen Turner of Port Townsend, WA, grandchildren Hans (Kristina) Hennings of Marengo, WA, Elena (Justin) McKenzie of Ralston, WA and Pryce Turner of Priest Lake, ID and great-grandchildren KatieJo, Wylie and Bella Hennings and Josie and Daxton McKenzie. Public viewing will be held on December 9th, 2021 from 9am to 5pm. A service will be held at the Danekas Funeral Home on December 10th, 2021 at 11am followed by burial at the Ritzville Cemetery. In lieu of flowers, memorial donations can be made to the Willard and Patricia Hennings Medical Education Fund at the Innovia Foundation, 421 W. Riverside Ave., Suite 606, Spokane, WA 99201. To leave online condolences for the Hennings family please visit our website at www.danekasfh.com
To plant a beautiful memorial tree in memory of Patricia Hennings, please visit our Tree Store
Thursday
9
December

Share Your Memory of
Patricia
Upload Your Memory View All Memories
Be the first to upload a memory!
Share A Memory
Plant a Tree