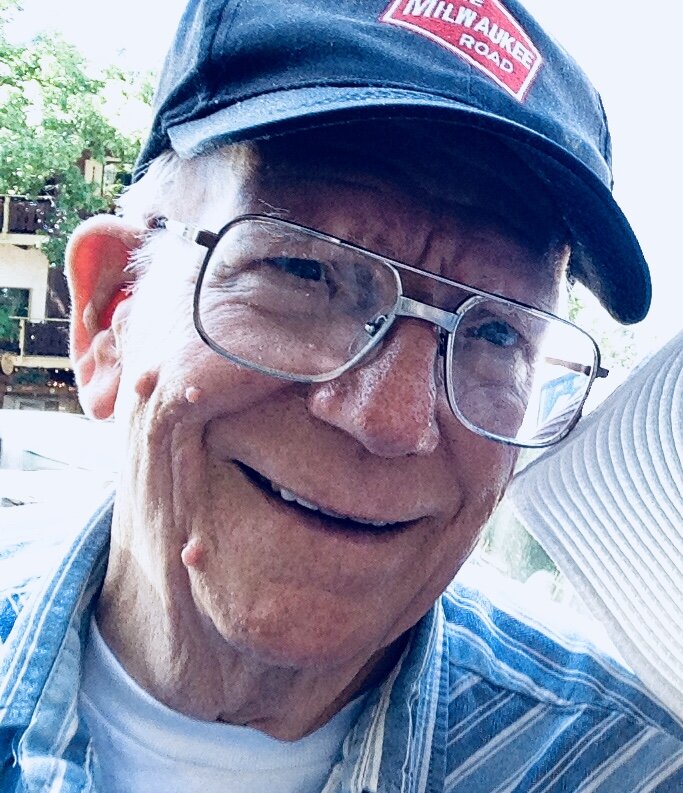 Harold Lee Koch was born on Sept. 4, 1940 in Snoqualmie, Washington. He passed away on Nov. 19, 2021 at Good Samaritan Hospital in Portland, OR with family at his side. Harold grew up on the railroad and remained a rail enthusiast his entire life. Harold married Kae (Braun) in 1971 and celebrated their 50th anniversary in January this year. In 1973 they bought a scrap yard and Harold was still active in the scrap business at the time of his passing. He had a huge knowledge of this business that was surprising to people and had a memory like an “iron trap”. Although in the last two years he felt as if the jaws of the trap had weakened. Harold developed a love of travel after taking his first ever vacation in 2008 when he journeyed thru the Panama Canal. He was fascinated by the engines pulling the ships through the canal. This was the beginning of many adventures that provided great stories that he loved to share with everyone. Some of his favorite trips were the Panama Canal, Australia, New Zealand, South Sea Islands, England, Iceland, Ireland and the Netherlands to name a few. In every country Harold would always find that country’s rail system and off they would go on a train ride. Harold is survived by his wife (Kae) and his honorary son Kevin Cearley, sister Edna FitzGerald, several nieces, nephews, and cousins. Harold will be greatly missed by his family, many friends and associates. He was preceded in death by his parents; Robert and Leona Koch, brother Robert Koch and wife Ruth, Father and Mother-in-law Aaron and Florence Braun, brother- in-laws Robert FitGerald, and David Braun, nephews Kevin and Tom Smyth, and niece Angie Leon. In lieu of flowers donations will be accepted for a scholarship fund for PeEll area students. Checks can be made out to: Friends for Life, 128 Christin Road Chehalis, WA 98532. A Funeral service is being held at 1:00pm on Dec. 4th 2021 at the Danekas Funeral Home located 207 E. Main Ave, Ritzville, WA 99169. Viewing is from 11:30am until one prior to service. Internment is a Ritzville Cemetery followed by a gathering at the Zion Philadelphia Church.
To plant a beautiful memorial tree in memory of Harold Koch, please visit our Tree Store
Saturday
4
December

Share Your Memory of
Harold
Upload Your Memory View All Memories
Be the first to upload a memory!
Share A Memory
Plant a Tree