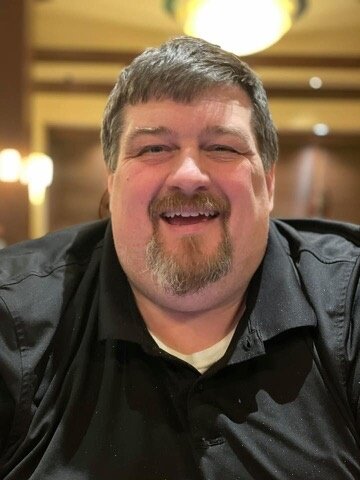 Kevin Lee Swartz, 48, Ritzville, Washington was taken far too soon on October 12, 2021. Kevin was born July 30, 1973 in Othello, Washington to Robin Swartz & Sandra Keifer Swartz. Kevin grew up in Othello & graduated in 1991 from Othello High School. He moved on to Leavenworth, WA with his grandparents Delbert & Jo Keifer, to attend Wenatchee Valley Community College. Kevin was very active in Circle K with playing the role of Santa, he graduated in 1993 with his AA. Kevin continued his education at CBC graduating in 1998 as a Paralegal and went to work for Shea-Brown in Tri-Cities then returned to Othello and worked as a Paralegal for Brian Miller. Kevin became an uncle while working at Sporty’s to Dejera. In 2004 he became a 911 Dispatcher for Adams County Sheriff’s Office. In 2005 he became a father to his pride & joy Ashleigh May (Ashleigh May DingDong). In 2006 he became an uncle for the 2nd time to Maycee Jo, also becoming a 911 Dispatcher at MAC in Moses Lake, WA. In 2007 Kevin returned to Adams County as a 911 Dispatcher. In 2008 his second pride and joy Kelianne Lenai (Kiki larooni) was born. In 2008 he bought his home in Ritzville, his aunt Cindy Keifer moved in to help with the girls. In 2009 he received his Real Estate license working for Othello Realty Group. Kevin reconnected with the love of his life Terrie Kennoyer Hawks and in November 2013 they blended their families & became a family of seven. Kevin gained three sons Michael, Layne & Karl, Kevin’s main passion was his family. He also loved grilling or smoking, hunting, golfing & firefighting. Kevin followed in his 5 grandfather’s footsteps and joined the Masonic Lodge in 2010, later becoming a 32nd degree mason & a Shriner in 2012. He enjoyed being a Shrine clown for the Shriner’s Children Hospital and Shriners Circus. Kevin went to heaven doing one of his passions, his job as a 911 dispatcher with his family of co-workers. He will be deeply missed by all. Kevin is survived by the love of his life Terrie Swartz, his children Ashleigh May, Kelianne Lenai, Michael Hawks (Sarah Miller), Layne Hawks, Karl Hawks, his grandchildren Hailynn & Hudson. Kevin’s parents Robin & Sandra Swartz. His sister Kristine Conrad (Ray Johnson), nieces Dejera Marie & Maycee Jo Conrad, His grandmother Joanne Keifer, His five aunts and one uncle. Numerous cousins, close family friends, and Co-workers. He is preceded in death by His grandparents Reba & Verrol Swartz & His grandfather Delbert Keifer. The memorial for Kevin Swartz is Saturday, October 23 at 1:00pm at the Ritzville Emmanuel Lutheran Church, 206 S Division St, Ritzville. All are welcome to attend a reception afterword at the Ritzville Legion Hall, 106 W Broadway Ave. The family is asking everyone to bring their Favorite Pie. Also, in lieu of flowers, the Family asks to PLEASE donate in Kevin’s honor to Spokane Shriners Children’s Hospital. It has to have Spokane on it to go to the Spokane Hospital. Or donate to favorite charity in Kevin’s honor. To leave online condolences for the Swartz family please visit our website at www.danekasfh.com
To plant a beautiful memorial tree in memory of Kevin Swartz, please visit our Tree Store
Saturday
23
October

Share Your Memory of
Kevin
Upload Your Memory View All Memories
Be the first to upload a memory!
Share A Memory
Plant a Tree