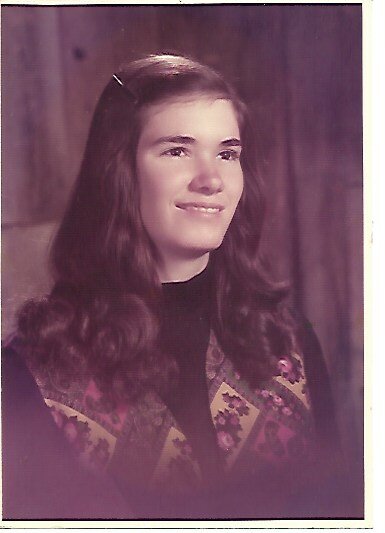 Jody was born on December 27, 1957 in Moscow, ID and passed away on September 3, 2021. Don and Jeanette Nave from Washtucna adopted her at birth. During her childhood she was a Girl Scout from Brownies in first grade to a Senior Girl Scout in her junior and senior year in high school. Then when she was an adult and lived in Ritzville she was a Girl Scout leader and helped many girls sell cookies and earn badges. In 5th grade through her freshman year Jody and her sister, Karyn took private guitar lessons in Spokane earning music credit for school instead of taking band. Throughout her life, Jody loved black labs; they were her best friends. Later on in life she collected little statues of them. She was an avid gardener and knitter. Many of her afghans she took to the fair and won blue ribbons. Everyone in the family received one on special occasions. She also made baby afghans, booties, sweaters & hats for shower gifts. As her afghans piled up she would make trips to Spokane and take them into the hospitals and give them away. She was so generous. Whenever anyone need or wanted one, she would give it, very rarely excepting money in exchange. She continued knitting until her last couple of years when her eyesight went bad due to her diabetes. While attending EWU, she earned a double major in Computer Science and Math and a minor in French. She only had a couple more classes to take before she had a major in French. After she graduated from EWU she worked for a computer company in Spokane as a programmer and then later went too work in the courthouse in Ritzville. While living in Ritzville, she became a member of the Four Square church where she was the treasurer. Jody loved the studies in the adult Sunday school classes and trivia games they would play. She was also the treasurer of the bowling league in Ritzville. Later on in her life, her health was deteriorating due to diabetes. She was living in Alderwood Manor for the last 5 years before she passed away. She was 63 years old. Jody is survived by her sister, Karyn (Byron), two nieces & 1 nephew: Heidi Borgens, Anna (Sean) Kerr and Levi Allen; three great nephews & one great niece: Brennan, Noah, Oliver and Grace Mae Kerr; two cousins John (Cindi) Sitton and Shawna Sitton great & great-great nieces and nephews. A Celebration of Life service will be held a he Four Square Church on September 25 at 11am followed by a burial service at 3pm at the Pioneer Cemetery at Washtucna. Memorial donations can be given in Jody’s name to the Four Square Church in Ritzville or to your charity of your choice. To leave online condolences for the Nave family please visit our website at www.danekasfh.com
To plant a beautiful memorial tree in memory of Jody Nave, please visit our Tree Store
Saturday
25
September

Share Your Memory of
Jody
Upload Your Memory View All Memories
Be the first to upload a memory!
Share A Memory
Plant a Tree