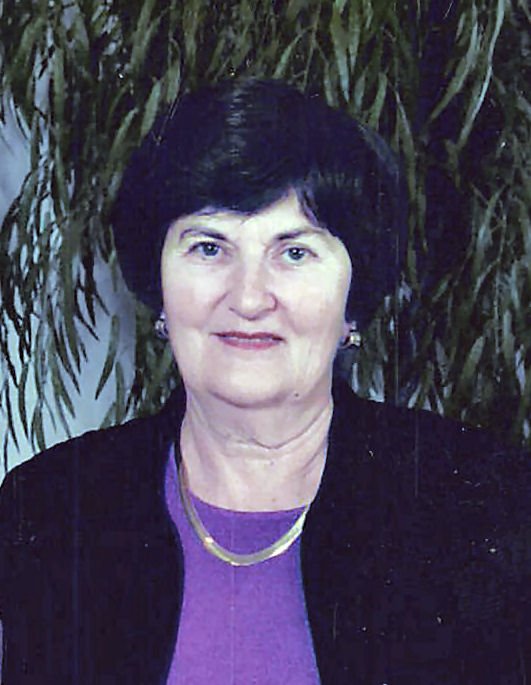 Vivian Myrna Harder, 83, passed away at her home on June 16, 2021. Vivian was born to Edward and Mildred Hamilton in Colfax and raised on her family’s farm in Endicott. She graduated from Endicott High School in 1956. Vivian graduated with a degree in Foreign Languages from Washington State University in May 1960. While in Pullman, she caught the eye of William “Bill” George Harder. Their first date was dinner out at the Hilltop Restaurant, the first of many meals out, something Vivian never tired of. In November 1960, they were married. A year later, the first of their three sons were born, Bill Jr. in 1961 followed by Kurt in 1964, and Eric in 1969. Bill and Vivian raised their family on the Harder family farm/ranch in Kahlotus. Vivian was a devoted wife and mother. She was a fixture at her children’s and then later her grandchildren’s school and sports events. She rarely missed a ball game, meet, or school event, traveling all over Eastern Washington to be that constant face in the crowd in support of her children and grandchildren. She was active in the Kahlotus community as a member of Kahlotus Women’s Club and Investment Club. Her pride in her home and yard are evident in that they were always impeccable. She was a wonderful hostess of many parties and of family Christmas celebrations in particular. Stemming from her Foreign Language studies, Vivian had a passion for travel. She and Bill traveled all over the world together, taking countless European and Asian river cruises, Caribbean vacations in St. Thomas among others but none more special than their annual gatherings with family in Puerto Vallarta for Thanksgiving. Vivian took pride in being a Coug. She was proud that all three of her sons also graduated from WSU. She kept her season football game seats for many years giving them up only just last year when she also saw her grandson, TJ, begin his freshman year as a Coug. She was preceded in death by her parents, two sons, Kurt and Eric, and her sister-in-law, Yvonne. She is survived by her husband of 60 years, Bill, her son Bill Jr., her daughter-in-law Terri (Dusty), grandchildren Eric Max, Nicole, and TJ. She is also survived by her brother, Clarence (Laura) Hamilton, her cousin Gerald (Janice) Mitchell as well as numerous nieces and nephews. Memorial gifts can be made in Vivian’s memory to Washington Cattleman’s Association, PO Box 96, Ellensburg, WA 98926, or Washington Wheat Growers, 109 E. First, Ritzville, WA 99169. A memorial service is planned for Thursday, June 24, 11 am at the Kahlotus Park. A meal and reception will follow. Condolences may be left at www.danekasfh.com
To plant a beautiful memorial tree in memory of Vivian Harder, please visit our Tree Store
Thursday
24
June

Share Your Memory of
Vivian
Upload Your Memory View All Memories
Be the first to upload a memory!
Share A Memory
Plant a Tree