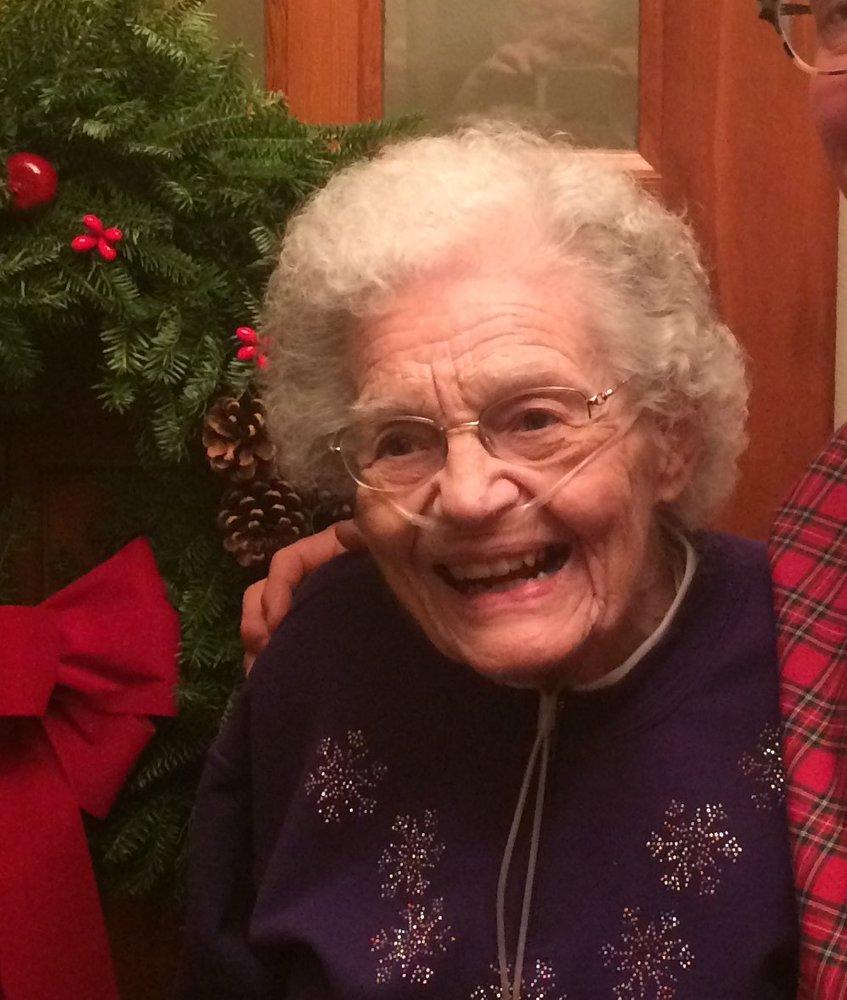 Helen Eileen (Dick) Miller passed away at 96 years old on January 24, 2021 in Spokane, WA. She was born on October 28, 1924 in San Jose, CA to Cloyd and Genevieve (Skinner) Dick. Eileen grew up along the Rogue River in Oregon and graduated from Rogue River High School. She earned her degree in music at the University of Oregon. She married Rollin Charles (Chuck) Miller in 1946 in Pullman, WA. They soon welcomed their children, Wayne (1947), Judy (1951), and Carol (1952). Eileen taught school music in Roy, WA before moving to Puyallup, WA where she and Chuck ran a poultry farm for 30 years. They were members of Puyallup First Baptist Church before helping to build the Firgrove Community Baptist Church in 1969. Eileen always shared her musical talents. She was an organist, pianist, and led church choirs. She gave piano lessons to many students over the years in Puyallup, WA; Vida, MT; Ritzville, WA. She even taught her great grandchildren in Spokane, WA in her later years. She was a member and leader in many community organizations over the years. In 1979 Charles and Eileen sold their farm. Chuck pastored churches in Moses Lake, WA and Vida, MT. In 1989 they moved to Ritzville, WA. They became members of Emanuel Lutheran Church where Eileen played piano and organ and sang in the choir. She was a member of the AAUW. Chuck and Eileen had many fun travels. Eileen was a devoted mother, grandmother, and great grandmother building strong relationships with each generation. Eileen was preceded in death by her parents, husband Charles of 62 years in 2009, son Wayne, and brother Donald Dick. She is survived by daughters Judy (Gary) Wagenblast, Carol (Garrett) Templin, granddaughter Colleen (Ryan) Anderson, grandsons Mark (Amber) Wagenblast, Reid (Angela) Templin, Jared (Linsey) Templin, and nine great grandchildren with a great grandson expected in March, and numerous nieces and nephews. There was a private family graveside service at Firlane Memorial Cemetery, Spanaway, WA on Saturday, January 30. Memorial donations may be made to Emanuel Lutheran Church (206 S. Division, Ritzville, WA 99169) or to a charity of your choice in memory of Eileen Miller.
To plant a beautiful memorial tree in memory of Eileen Miller, please visit our Tree Store

Share Your Memory of
Eileen
Upload Your Memory View All Memories
Be the first to upload a memory!
Share A Memory
Plant a Tree