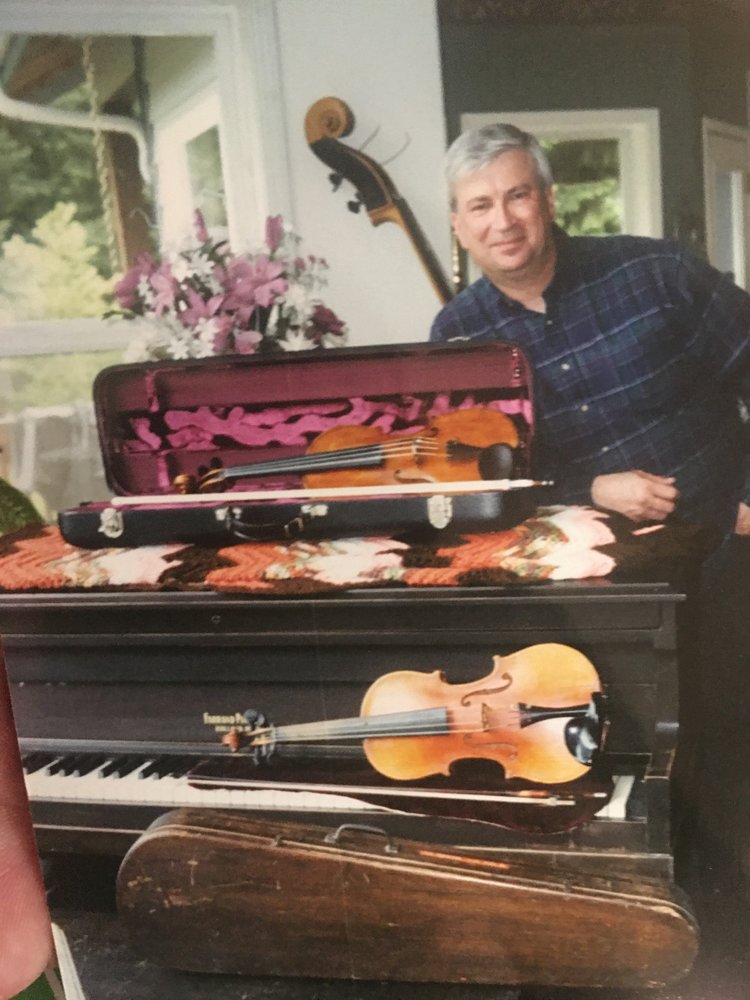 Timothy Alan Thompson (70) was born January 19, 1950 to Kenneth and Esther Thompson in Crawfordsville, IN; the first of 4 children. At the age of 8 Tim’s parents moved the family to Seattle, WA. He attended school at Bellevue Christian Academy and graduated high school from West Seattle High in 1968. Shortly after graduation he attended Conquerors Bible College in the Portland Oregon area. There he courted the love of his life, Priscilla Denny. The happy couple was married in July of 1970 and celebrated a covid 50th Golden Anniversary last summer. In 1971 they gave birth to their first of three sons, Brent Wayne; in 1973 their second, Alan Craig and in 1976 the bi centennial baby and last of three, Bradley James. In 1978 Tim and Priscilla moved with the boys to the El Sobrante area of California. There Tim worked primarily as a parts counter clerk for a large local auto parts retailer; he also assisted in various capacities at their local United Pentecostal Church in El Sobrante. He served as musician, choir director, youth pastor, Sunday school teacher, board member and who knows what else. He also taught in their church’s school, Apostolic Academy. In 1987, the family moved to the Seattle area where Tim served the Lynwood United Pentecostal Church under his brother in law Rev. Richard A Denny and worked primarily in the accounting services industry for the IRS, Heritage Construction Company, Infra Structures Northwest and a Credit Union. In 1991 he purchased 20 acres in Arlington, WA where he, with the help of his boys, built the family home. In 2017 Tim. and Priscilla retired to Ritzville Washington. In Ritzville he filled most of his time playing golf and working various projects on their home. While there they joined Cornerstone Pentecostal Church in Liberty Lake, making new friends and even connecting with some old friends from Bible School days. The last couple of years he seemed to make a habit of visiting doctors and making friends there too. Last March, as the covid pandemic worsened, he and his son Brad drove to Michigan where he purchased a 1964 Oldsmobile Coupe. He loved cars, especially those that got out of their own way. Above all he was a wonderful Christian, a kind gentleman, soul mate to our mother, father to us, papa to our children and a friend to all he met. We are deeply saddened by his rapid and untimely departure; we will never be the same. Surviving are his soul mate Priscilla Thompson of Ritzville, WA; 3 sons: Brent Thompson (Cheryl) of Arlington, WA, Alan Thompson (Avia) of Ritzville, WA, Brad Thompson of Woodinville, WA; 8 grandchildren: Brent Jr (Rosalba), Jamaica, Hannah, Orvis, Annie, Aspen, Landon and Danika and 2 great grandchildren Jayden and Laylah; two sisters: Mardi Kinkade of Pullman, WA and Libby Langle (Tom) of Columbus, GA and numerous nieces and nephews. Visitation will be Friday January 22, 2021 at Danekas Funeral Home in Ritzville from 12Noon to 5:00 PM and Saturday January 23, 2021 at Cornerstone Pentecostal Church in Liberty Lake from 11:00 AM to 1:00 PM and followed by a Funeral Service at 1:00PM. Private burial will be Monday January 25, 2021 at Evergreen Cemetery in Everett, WA. Due to current circumstances we are trying to get a relatively accurate count of attendees at the Spokane service. Should you be planning to attend please contact Mickey Denny at 360-808-2227 or mickeydenny@wavecable.com Services are planned in Spokane Valley at Cornerstone Pentecostal Church 21326 E Mission Ave, Liberty Lake, WA 99019 on Saturday January 23, 2021 at 11:00 AM will be visitation, open to the public; and will be live streamed on a link below and followed by a Funeral Service at 1:00 PM which is also open to the public and will be live streamed at the same link. Family Burial is planned for Monday January 25, 2021 at Evergreen Cemetery in Everett. Link: https://www.hdezwebcast.com/show/timothy-alan-thompson-visitation-and-funeral
To plant a beautiful memorial tree in memory of Tim Thompson, please visit our Tree Store
Friday
22
January