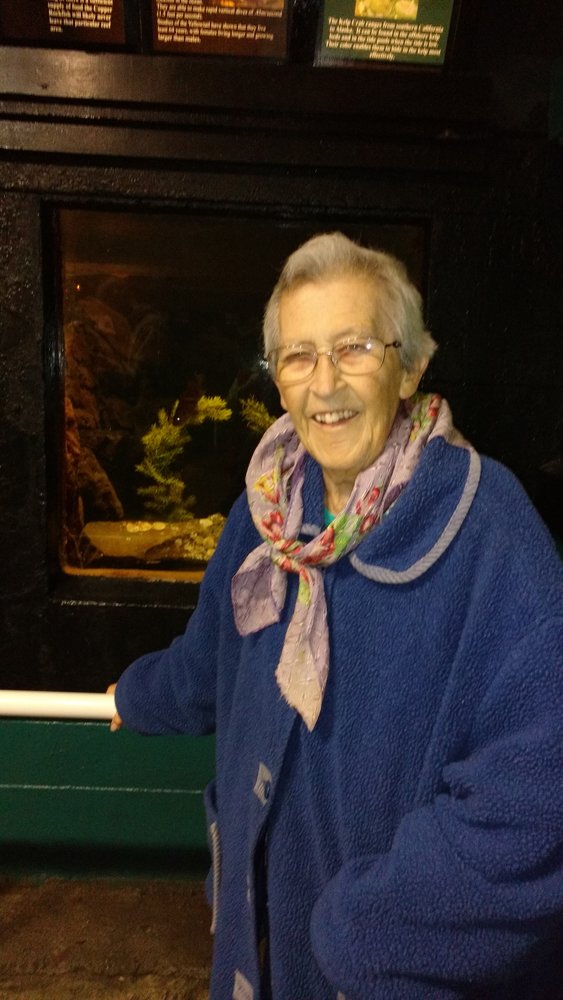 Esther (Rempel) Walworth went home to her and our glorious heavenly Father on December 13, 2020 after 90 plus years. She was born on February 8, 1930 to David and Agnes Rempel, of Perrydale, OR. Esther was the oldest of five siblings that grew up on the family farm outside of Dallas, OR. She lived most of her life in the Perrydale and Dallas area. She lived in Klamath Falls, OR while teaching there for 20 years and recently moved to Ritzville, WA to live with her grand-daughter’s family. Esther was preceded by all of her three children. Darrell, twin to Doris, who went home as an infant and two daughters Doris (2020) and Nancy (2018). Esther’s youngest brother, Ben, also preceded her this year. Esther leaves behind her siblings Dan (Patty), John (Barb), Ben’s wife – Carol, and Ruby. Additionally, she leaves numerous grandchildren, great-grandchildren, and great-great-grandchildren. Over the years, she has enjoyed spending time with them all – especially the babies. Esther was a lifelong believer in Jesus as her Savior. She belonged to and participated in her childhood church, Evangelical Bible Church in Dallas, OR. After high school, she was a student at Multnomah Bible School where she met her husband. After the marriage dissolved, she went back to college and earned her master’s degree. She supported herself, her daughters and many charities through her career as a 2nd grade school teacher. Esther retired in the 1980s to care for her aging parents, then later an aunt and her daughter, Doris. During retirement she enjoyed playing her favorite childhood game, Scrabble, to keep her mind fresh, which she did until the end. She also enjoyed church functions including traveling for church retreats, quilting, and embroidery. In the last couple of years, she slowed down a little and took time to read more, complete some puzzles (involving her reluctant granddaughter Christina) and enjoy her home and family. Esther will be greatly missed and was a great example for her perseverance and her love for Jesus and never losing faith. A memorial service in Dallas, OR will be planned for late summer or early fall of 2021. Memorial donations can be made to her church's youth programs. To leave online condolences for the Walworth family please visit our website at www.danekasfh.com.
To plant a beautiful memorial tree in memory of Esther Walworth, please visit our Tree Store

Share Your Memory of
Esther
Upload Your Memory View All Memories
Be the first to upload a memory!
Share A Memory
Plant a Tree