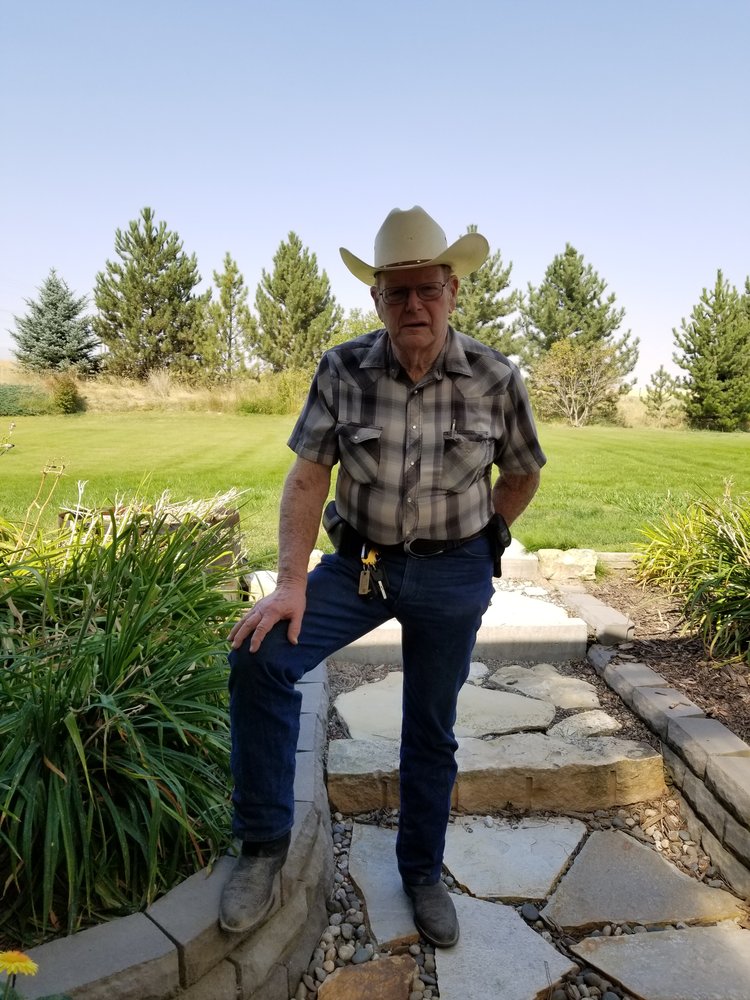 Thomas Edward Braden was born in Beloit, Kansas on September 6, 1945, to Loren and Susan Braden of Hunter, KS. He was the 5th child of the couple. When he was 18 months old he became part of the family of Charles Deneen (CD) and Mary Wiles and their son, Phil, also of Hunter. He graduated in 1963 from Hunter High School. After graduation he was involved with custom cutting and the building of the Wilson Dam, until October of 1964, when he entered the Navy. He actually received his draft notice while he was in boot camp. After boot camp he was trained as a radioman, and was then assigned to the aircraft carrier USS Hancock (CVA 19) for three tours of duty in the South China Seas. Tom met the love of his life, Evelyn Novak, at a small cafe in Lucas, Kansas, where she worked as a waitress, in 1966. They were married on August 13, 1967 at the Hunter Methodist Church, then moved to Daly City, CA for 8 months while Tom was stationed at the Hunters Point Naval Base at San Francisco. They then moved closer to Stockton, CA, where Tom was stationed at the Naval Communications Station. Upon Tom’s discharge from the Navy in October of 1968 they moved to Wishram, WA, where his brother, Phil and his family resided. CD and Mary Wiles relocated to Wishram around the same time, so the family was once again together. Tom began working as a telegrapher/agent for the SP&S Railway in December of that same year. March 17, 1969 brought the arrival of Tom and Evelyn’s daughter, Mari, and June 17, 1971 completed the family with the arrival of son, Bill. The family continued to live in Wishram until June of 1973 when Tom transferred to the Lind, WA area as the relief agent/telegrapher with Burlington Northern Railroad. In January of 1975 Tom began work at the Dryland Research Unit, an extension of Washington State University, where he worked until his retirement in December of 2000. Tom and Evelyn also hosted several foster children during the time that Mari and Bill were young. David Clyde was with them the longest, as he spent 15 months with the family. The family has stayed in contact with David. David visited with the family every time he came to WA, and Tom, Evelyn, Mari, and her husband, Tim, spent a week with David and his wife and family in Las Vegas, NV, earlier in 2020. Tom was a Scout-Master for the Boy Scouts for several years, as well as a member of the Wheatland Communities Fair Board. He was also “Old MacDonald” at the Wheatland Communities Fair for many years. He and Evelyn were members of the Ralston Grange and the Lind Community Church. Tom and Evelyn celebrated their 50th Anniversary with a small ceremony at their home in Lind, WA. This was followed by a 3600 mile road trip through several states. Just a few short weeks after their return from this trip Tom was involved in a near-death auto accident. Since that time he and Evelyn were able to travel, often with daughter Mari, as well as their grand daughters and great-grand daughters. Tom passed away Thursday, November 12, 2020, at the family home in Lind. He was preceded in death by his biological and adopted parents, and 4 siblings. He is survived by wife, Evelyn, sister-in-law Virginia Wiles McClain, brother Jim Shreffler (Carol) Bellingham, WA, many half-siblings, daughter Mari Cardwell (Tim Voelz) of Moses Lake, WA, son Bill (Patty) Braden of Warden, WA, foster son David Clyde (Joanna) of Hot Springs, SD, grand daughters Megan Phelps, Susan Phelps (Kyle Decubber) of Moses Lake, WA, and Alyx Braden of Watford City, ND, grandson PD Braden of Benton City, WA, and great-grand daughters Jazlynn and Hadley Decubber of Moses Lake, WA. He is also survived by many other family members, both extended family and honorary family, and many friends, as he never met a stranger. A small memorial service was held in Lind, WA on Friday, November 20, 2020, and Tom was buried at the Veteran’s Memorial Cemetery in Medical Lake, WA. Memorials may be made to Lind Community Church, Lind Senior Center, or the charity of choice.
To plant a beautiful memorial tree in memory of Thomas Braden, please visit our Tree Store