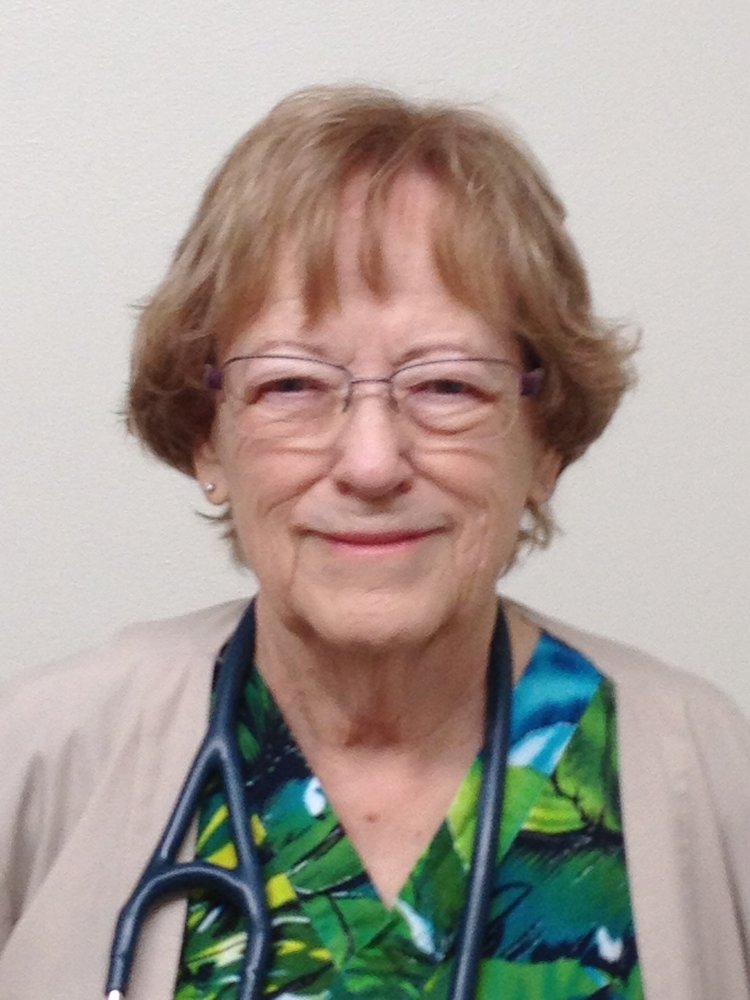 Roberta Lee Roberts Buch was born February 7, 1935 in Spokane, Washington. As a child, she lived in Aire Junction, Spokane and later Marengo, Washington. She graduated from Ritzville High School in 1952 and received her bachelor’s degree in nursing from McNeese State University in Louisiana. She worked in public health, emergency room nursing, long term care, home health and as the infection control nurse at East Adams Rural Hospital. She also served as a Commissioner on the Board of East Adams Rural Healthcare. Most recently, she volunteered part-time as her daughter’s (Dr. Eckley’s) nurse at Hometown Family Medicine. She married her high school sweetheart, Charles Buch, in June 1956. Together they lived in Texas, Kansas, Louisiana and Indiana during his service in the Air Force. When Charles left the Air Force, they lived in Pasco and Wenatchee before moving home to Ritzville to farm. Roberta was deeply involved in the lives of her two daughters and four grandchildren. She attended many band and choir concerts, ballet recitals, and basketball and volleyball games. She volunteered as a Girl Scout leader and a timer at track meets. Twice a year, she and Charles drove to Nebraska in their motor home to spend time with Susan and her family. They attended grandparents’ day while in Nebraska, being named the farthest travelled once at Tom Stewart’s school. Roberta’s interests included sewing, crocheting, reading and playing Sudoku. She enjoyed camping on the Oregon coast and at other State and National Parks. She loved travelling to Hawaii with family, and was one of the oldest ladies to zipline on Kauai. She is survived by her husband, Charles; daughter Sue Stewart (Rick) of Crofton Nebraska, granddaughter Katelyn Stewart and grandson Tom Stewart; daughter Valerie Eckley (Sisay Desalegn) of Mukilteo Washington, granddaughters Corin Eckley and Kara Eckley. In lieu of flowers, memorial contributions may be made to SpokAnimal C.A.R.E., from where her beloved dog Princess was rescued. To leave online condolences for the Buch family please visit our website at www.danekasfh.com
To plant a beautiful memorial tree in memory of Roberta Buch, please visit our Tree Store

Share Your Memory of
Roberta
Upload Your Memory View All Memories
Be the first to upload a memory!
Share A Memory
Plant a Tree