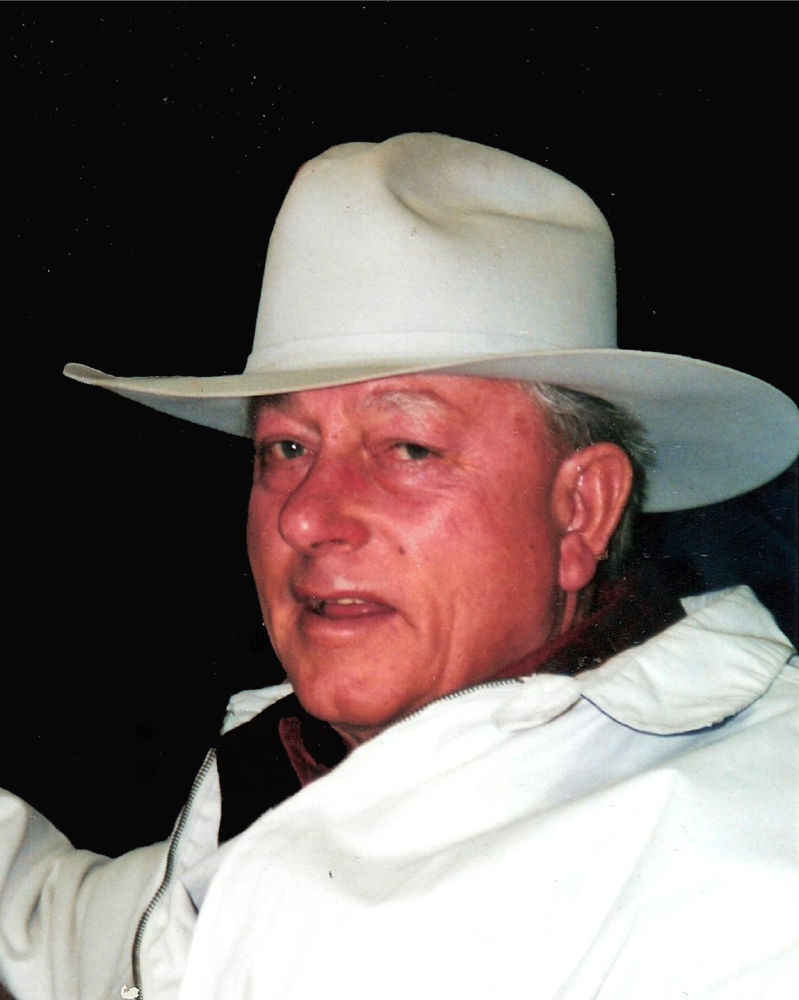 William “Bill” E. Curtis, 84, rancher, passed on to greener pastures and faster horses on Saturday, May 16th. He was born in Colfax, Washington on December 26th, 1935, and was the third son of E. J. “Ed” and Ruth Curtis. He graduated from Colfax High School in 1954 and went on to serve two years in the Army stationed in Germany from 1954-56. After his return from duty, he married his high school sweetheart, Karen Miller, on November 11th, 1956. They lived on the Curtis family ranch at Elberton, Washington until spring of 1957. He joined the family ranching operation in Colfax and was honored with his dad and brothers, Bob and Jack, as Whitman County Cattlemen of the Year in 1962. He also helped brother Jack at his ranch in Stavely, Alberta, Canada. He began his lifelong dream of becoming a cowboy and cattle rancher when he and Karen moved to Ritzville, Washington out on Crab Creek. Being new to the Ritzville community, Bill enjoyed getting involved and meeting new friends through the Jaycees and Adams County Cattlemen Association. After riding in the fair parade with Karen his first year in Ritzville, he was determined to bring rodeo back to the community. With the help of the Jaycees, they started holding rodeos at the Curtis Ranch starting in 1960 through the rest of the decade. He went on to be a founding member and first president of the Ritzville Rodeo Association where he and his friends built a new rodeo arena and held their first rodeo in 1970. He was an avid team roper and was instrumental in bringing ropers from around the Northwest and beyond to participate in highly regarded “jackpot” team ropings held at the Ritzville Rodeo arena. Bill loved anything to do with horses and cattle, and began raising racehorses with the purchase of stud, Catch Bar, in 1961. They raced Catch Bar’s offspring successfully for several years until Catch Bar was lost in a tragic barn fire on the ranch. Bill weathered all the ups and downs of cattle ranching and farming on the 5C Ranch. Through bumper crops and grain embargos, bad calving winters and when the cattle weighed good, he always remained optimistic and saddled up. Bill and Karen had four children; sons Dirk, a baby who died at birth, Miles, and daughter Robin. He was proud to have them work beside him on the ranch and learn the values of hard work and being tough. He encouraged them in sports and was a very vocal supporter at all their games. Bill’s heart was broken when Dirk passed away in a 1976 car accident, but had it mended when Miles came back to the ranch to help and eventually take over the reins. He was also very proud that all his grandchildren took part in working on the ranch and learning the ranch traditions. Bill and Karen started spending their winters in Wickenburg, Arizona in 2000. Bill would take his horses and participate in team ropings all winter long. They made many great friends there who had ranching life in common, and he loved getting to rope as much as he wanted. He brought home many buckles for his success through the years. Bill knew someone wherever he went, who they were related to, and what kind of horse they rode. He was respected in all arenas of his life and his big personality made him a friend to all. He also served on the Ritzville School Board, was a member of the Washington State Cattlemen’s Association, and is a lifetime member of the American Quarter Horse Association. He is preceded in death by his parents, two brothers, and two sons. He is survived by his wife, Karen, daughter, Robin (and David Long), son, Miles (and Bren Curtis) and grandchildren Erin Long, Peyton Curtis, Brix Curtis, and Finley Curtis. Visitation for family and friends will be held on Friday, May 29th, from 9am-5pm at the Danekas Funeral home in Ritzville, Washington. In lieu of flowers, and because entry fees are already paid in rodeo heaven, memorials can be made to the Ritzville Rodeo Association. The family will have a graveside burial service on Saturday. A larger celebration of life, where everyone can share their best Bill stories, will be held on the ranch later this summer. He was a damn good cowboy.
To plant a beautiful memorial tree in memory of Bill Curtis, please visit our Tree Store
Friday
29
May

Share Your Memory of
Bill
Upload Your Memory View All Memories
Be the first to upload a memory!
Share A Memory
Plant a Tree