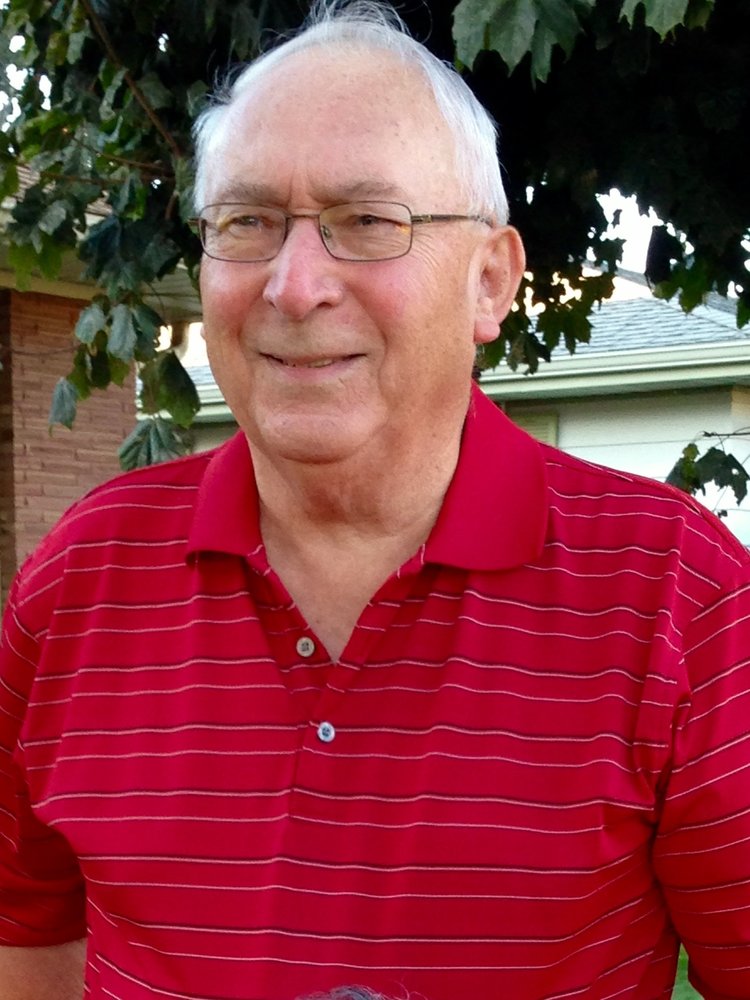 John R. Miller, born October 18th 1932, passed away peacefully in his home at Ritzville, WA, in the presence of family, on November 5th 2019.  John was born in Ritzville, to Pete and Violet Miller and grew up on the family wheat farm west of town.  In elementary school he met the love of his life and future wife Velda Klein.  They both graduated from RHS in 1950.  John attended Eastern Washington College for a short period of time before enlisting in the United States Air Force in January 1951.  He and Velda married December 26, 1951 and later moved to Colville, WA, where he was stationed until 1954. John and Velda returned to the family farm where they raised their family (Jonna, Denise, Colleen & Michael).  John retired from farming and they moved to town in 1985. John was an active member of the Ritzville community.  He belonged to Jaycees, founding member of Adams County Wheat Growers, Masonic Fraternity, El Katif Shrine, Scottish Rite, Rainbow dad, Little League coach, Charter President of the Sage Shrine Club, Lions Club, Young Republicans Club, ASCS Committeeman for USDA, Ritzville School Board, Member of the Zion Philadelphia United Church, Ritzville Gun Club, insurance agent, Special Deputy for Adams County Sheriff Department, school bus driver for Ritzville schools, Ritzville Chamber of Commerce, and public address announcer for numerous ceremonies, banquets, pageants and community parades.  During his term as Mayor of Ritzville, he was instrumental in helping design the present 395 to I-90 interchange. John's passion for kids and sports was undisputed. He volunteered for 47+ years as the announcer for High School athletic events, including 25 years of announcing with the WIAA at the State B Basketball tournaments.  John was well known as the “Voice of the Broncos”. John was preceded in death by his parents and his wife Velda.  He is survived by his sister Marilyn McDowall (Bob) Deer Park; children Jonna Provinsal, Spokane; Denise Anthony (Bill Timme), Anchorage, AK; Colleen Kuhn (Darrell), Spokane; Michael Miller (Marci) Ritzville; grandchildren Anne Mahoney (Derek), Seattle; Danielle McKillop (Patrick), Seattle; John Kuhn, Walla Walla; Lacey, Spencer, and Cooper Miller, Ritzville; two great grandchildren, and numerous nieces, nephews, cousins and friends. Visitation will be November 29th 9am-5pm at Danekas Funeral Home.  Funeral services will be held November 30th, at 1pm, at the Emanuel Lutheran Church of Ritzville with a graveside service to follow at the Ritzville Memorial Cemetery. A reception will be held after the graveside service at The American Legion in Ritzville, WA. Memorials or donations can be made in John’s name to Shriners Children’s Hospital of Spokane, 911 W 5th Ave, Spokane, WA 99204, Ritzville Bronc Boosters, PO Box 422, Ritzville, WA 99169, or a memorial of your choice. To leave online condolences for the Miller family please visit our website at www.danekasfh.com.