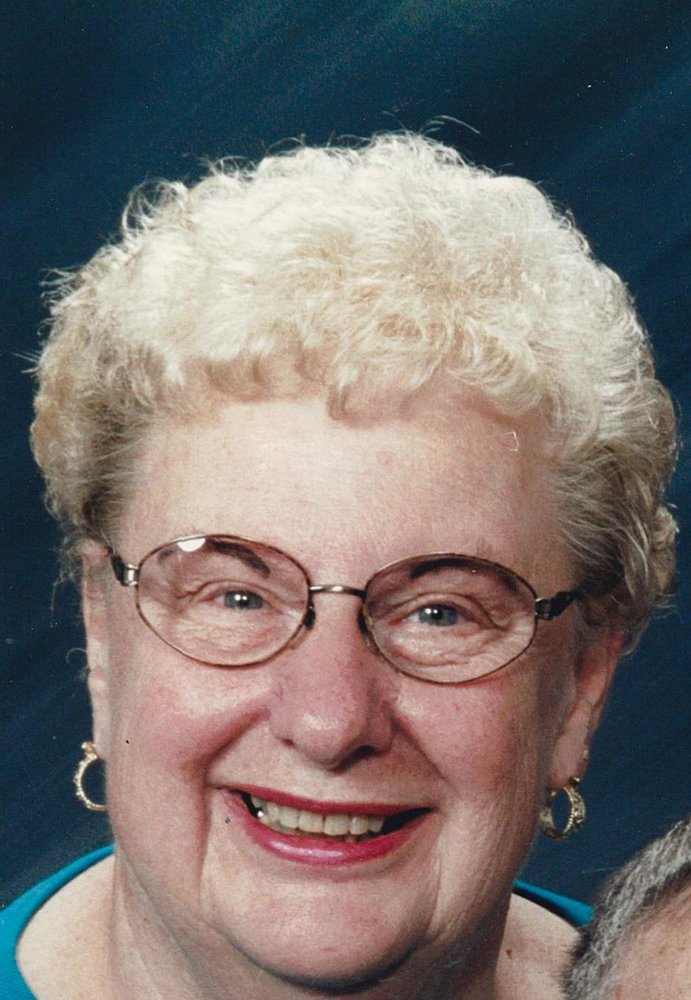 JoAnn Eileen Sauer age 84 of Ritzville, WA died peacefully September 5, 2019 at Rose Garden Estates with her daughter and family at her side. JoAnn was the daughter of Henry Kiehn and Marie Becker Kiehn Knox was born December 18, 1934 near Ritzville. JoAnn attended school in Ritzville and graduated in 1953.  She attended one year at Eastern Washington College and decided that college wasn’t for her so she joined the work force and was employed at Old National Bank of Washington. JoAnn married Walter G. Sauer April, 11, 1959, where they lived in Ritzville. In 1960, JoAnn quit the bank and she and Walt moved to the family farm, west of Ritzville where they lived for 43 years.  In 1969 JoAnn returned to work at the bank where she worked for 29 years.  She retired from US Bank in June of 1998.  In the spring of 2003, JoAnn and Walt moved into Ritzville. JoAnn resided in her home until the fall of 2016 when she moved to Rose Garden Estates. She was a member of Zion-Philadelphia Congregational Church, Gritman Sr. Center, past member of the American Legion C.J. Newland Auxiliary, Jayceettes, Red Cross Volunteer, past secretary for the Ritzville Alumni Association, Ritzville Ladies Golf Association, Wednesday Night Bowling League, Quilt Guild, and Red Hat Society. JoAnn is survived by her son Brian and wife Teresa, of Meridian, Idaho; a daughter Connie Field and husband Jeff, Lind; and three grandchildren Christina Field, Ritzville, Alan  Field, Lind, and Aaron Sauer, Meridian, Idaho; two brothers Larry and wife Phyllis, Bellingham, and Vernon and wife Ellen, Yuma, Arizona. She was preceded in death by her husband Walter, September of 2004, and a sister Carol Schuh. Funeral services will be held on Friday, September 13, 11:00 a.m. at Zion-Philadelphia Congregational Church in Ritzville.  A Visitation will be held from 10:00 a.m. to 5:00 p.m. at Danekas Funeral Home in Ritzville. Memorial contributions may be made to either Rose Garden Estates, in memory of JoAnn to be used for resident activities;  406 S. Cascade Ritzville, WA  99169 or to the Zion-Philadelphia Congregational Church, 301 E Broadway Ritzville, WA 99169. The family would like to thank the entire staff at Rose Garden Estates for taking such good care of our mother/grandmother. Arrangements handled by Danekas Funeral home in Ritzville, WA. To leave online condolence please visit our website at www.danekasfh.com

Share Your Memory of
JoAnn
Upload Your Memory View All Memories
Be the first to upload a memory!
Share A Memory
Plant a Tree