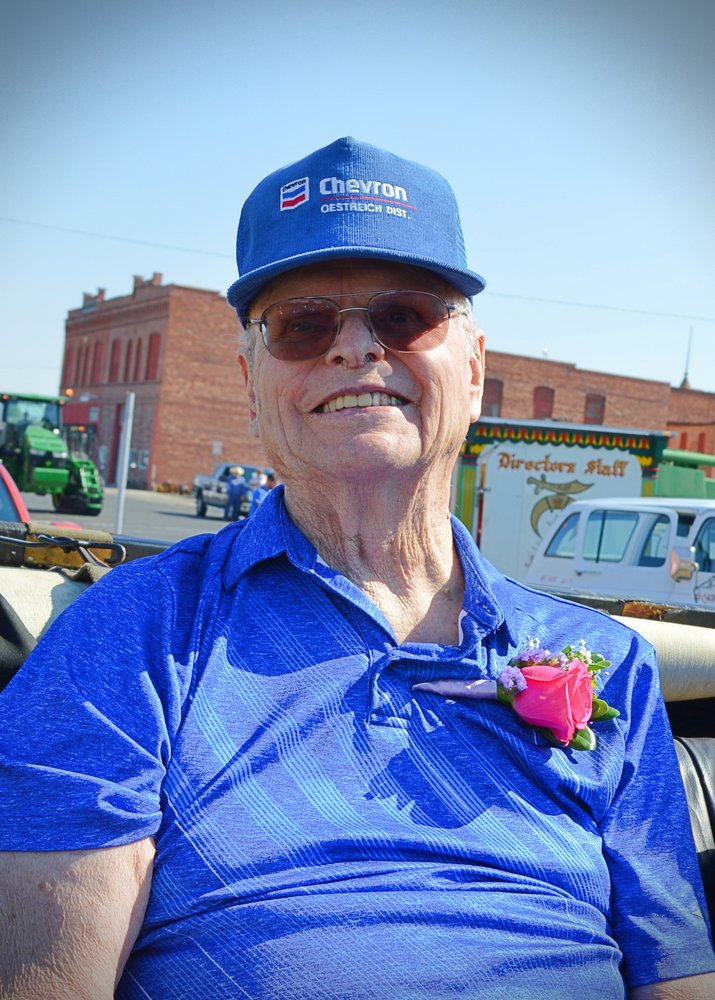 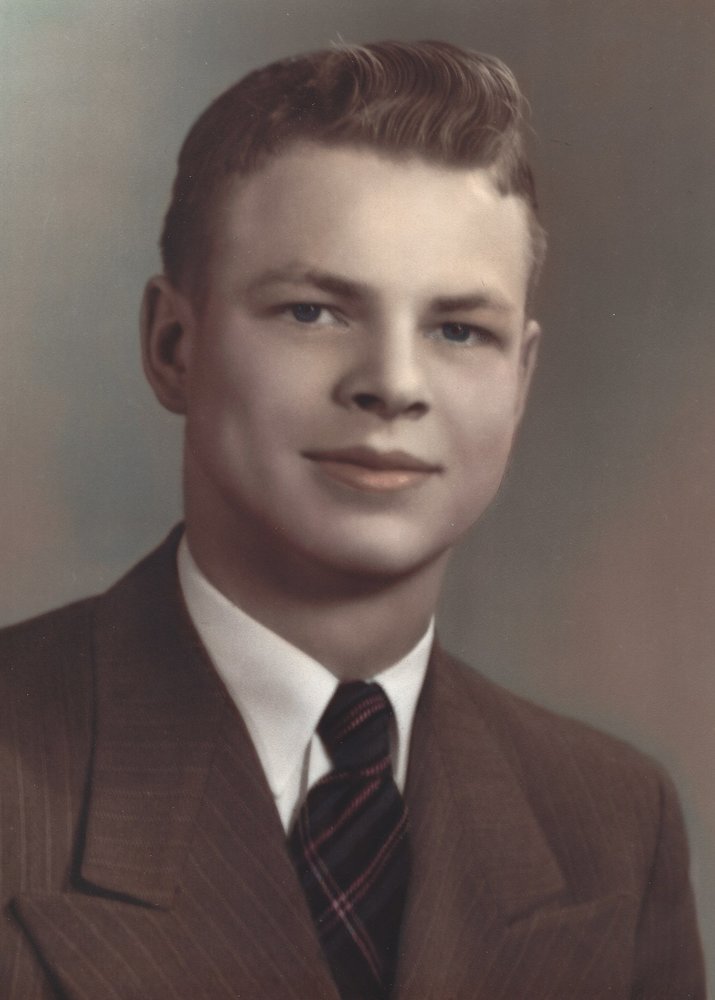 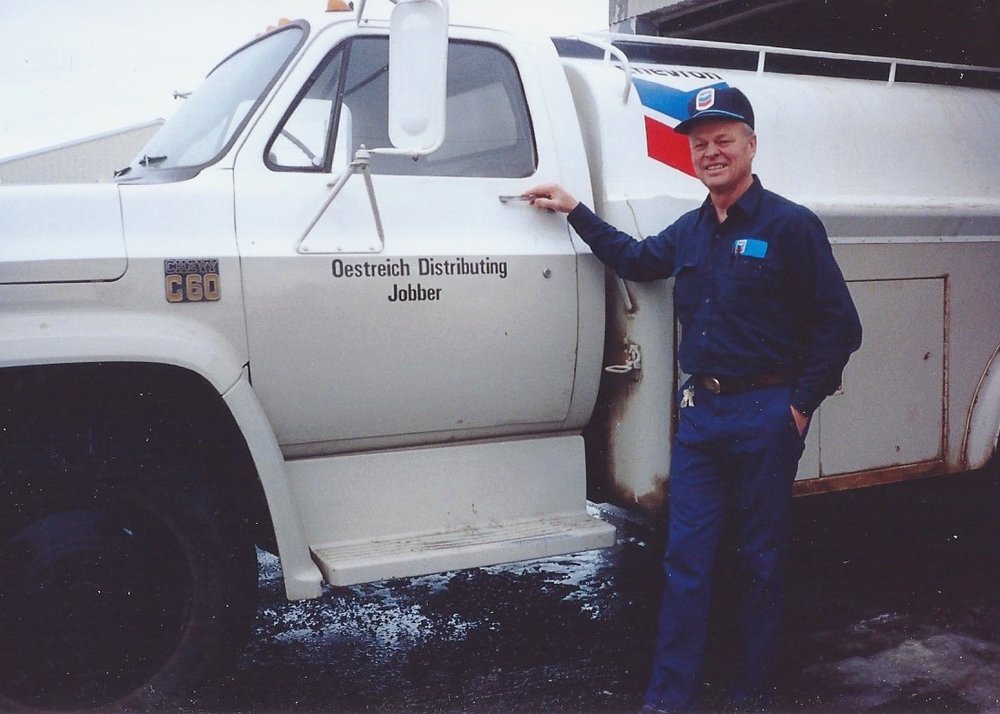 Robert “Bob” Clarence Oestreich, 87, passed away June 3, 2019 in Ritzville, WA. Bob was born October 22, 1931 in Astoria, Oregon to parents, Clarence and Alice Oestreich and joined his two sisters, Phyllis and Genevieve. He moved to Grass Valley, Oregon in 1938 and then to Ritzville in 1942, where he called home the rest of his life. In high school, he played multiple sports, ranging from football, basketball, tennis, and track. In 1949, he gradated from Ritzville High School. He studied at the University of Washington for a few years, before coming back to Ritzville to assist his father in running the Standard Oil Company. He wed Esther (Wilhelm) in October 1951. Together they had four children, Jeff, Greg, Darci, and Todd.  Three years after Bob and Esther were married, they decided to build their life long home. Bob put many hours into the house, digging out the basement, helping set the foundation, and making it a beautiful place to raise their kids. In 1966, he took over the family business from his father and began his life adventure in the oil service field now known, as Oestreich Distributing Inc. Bob was a Ritzville Fire Department fireman for over 30 years. For 12 of those years, he was the assistant fire chief. He was also a Cub Scout leader and a Little League Coach for his children. In 1986, he bought the Standard Oil Company and ran the full service gas station and auto repair for 10 years with his son Greg. After Greg passed away in 1990, his youngest son, Todd, came home to help with the family business. After attending a Chevron National Convention in Hawaii in the fall of 1994, Bob decided his next business adventure would be building a gas station near the I-90 freeway. In 1996, Bob’s Chevron Food Mart officially opened. Over the years the business won multiple awards, which allowed Bob and Esther to travel to numerous places. Bob officially retired in 2006, while his son and daughter in law, Todd and Michele, took over running both businesses. His two youngest grandchildren, Haley and Skyler, also were involved in the business, working at the gas station and the bulk plant for many years. Bob was an avid Seahawks Football and Mariners Baseball sports fan. He enjoyed traveling, camping, boating, fishing, and going on Sinto Group trips. One of his most favorite places to travel was the Oregon Coast. He loved supporting his grandchildren in all their school activities, sports games, fair, and rodeo events. He is proceeded in death by both his parents, sister, Genevieve, son, Greg, granddaughter, April, and grandson, Derrick. He is survived by his wife of 67 years, Esther of Ritzville; son, Jeff (Lois) Oestreich of Depoe Bay, OR, Jennifer, Amy; daughter Darci (Pat) Kennedy of Ritzville, Tracy, Kayla, Logan; son, Todd (Michele) Oestreich of Ritzville, Haley, Skyler; and sister, Phyllis of Spokane, as well as numerous great grandchildren, nieces, nephews, and cousins. He was a wonderful man and will be missed by many. In lieu of flowers, the family is asking donations be made to the Ritzville Fire Department in his name. Viewing will be Thursday, June 13th from 9 AM – 5PM at Danekas Funeral Home in Ritzville.  Services will be held at the Ritzville Emanuel Lutheran Church, Friday, June 14th at 11 AM with a reception to follow. To leave condolences please visit our website at www.danekasfh.com. To donate to the Ritzville Fire Department please click on the box that says donate now.