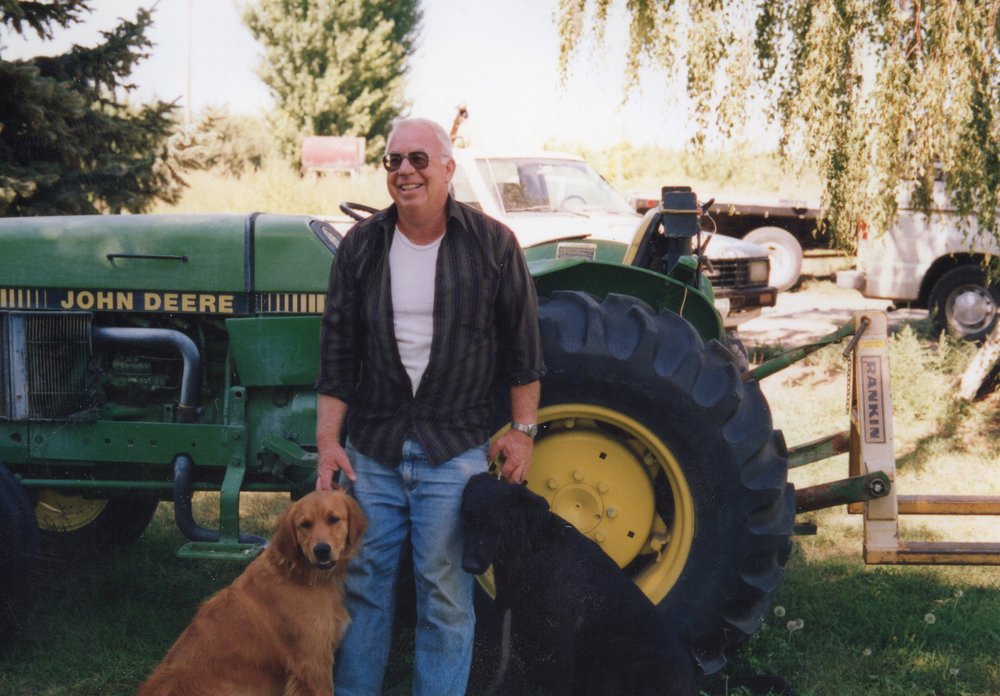 Bob Adams (Robert Walter Adams) has died, age 85, on September 25, 2018. He was born in Inglewood, California on May 18th, 1933. His parents were Elmer and Bessie Adams, who grew up in Iowa. Elmer worked in aircraft design. Bob, with his parents and his little sister Virginia, moved first to Seattle where Elmer worked at Boeing, then to Sequim, Washington where they cleared stumpland and started a dairy farm. After growing up on the Sequim farm, Bob left in 1950 to attend Washington State College (now known as WSU). He then spent two years on active duty as an officer in the Army Corps of Engineers, mostly in Verdun, France. There were memorable visits to many countries, from Scotland to Casablanca. He eventually received an honorable discharge from the Army Reserves in 1964 at the rank of Captain. He came to the Columbia Basin in 1956 and was employed in agriculture ever since.  He worked in the Extension Office, Bureau of Reclamation, Conservation Office, sales, etc. in Grant, Adams and Franklin counties. He, with his family, developed several different parcels from dry land into irrigated farms and for over 50 years he farmed these and other acreages raising cattle, field crops and apples. He was married to Janet Baughman in 1958. They had five children and divorced in 1970. In 1975 he married Sandra Walker Bernath, gaining a step-son in the process. Bob and Sandy were married for 42 years, until she passed away in 2017. Over the years his interests included horses, motorcycles, aircraft and most recently, old cars. He flew with the Civil Air Patrol for several years, and built a "Flybaby" airplane which he then flew to many airshows around the area. He is survived by his good dog Tuffy, children Laura, Clyde, Dean, Sonja and step-son Ned and their spouses, and 17 grandchildren and great-grandchildren. His daughter Andrea passed away earlier this year. Bob has requested his ashes be scattered by family members and his message to friends and family is "So long, it's been good to know you". A Memorial gathering will be held Saturday October 13, 2018 at 1:00 p.m. Stevens Funeral Chapel Othello, WA To leave online condolences please visit our website at www.danekasfh.com