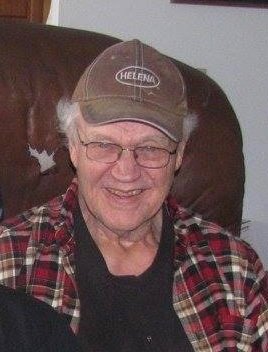 Robert “Bob” O. Pence passed away at 4:30 pm with his brothers and sisters at his side, at Deaconess Hospital in Spokane, WA after suffering a heart attack. Bob was preceded in death by his parents, George Owen and Eleanor Irene Pence, and his sister, Mary Kay Pence. Bob is survived by:  brothers: Thomas J. Pence, Lind, WA; Marc A. (Barbara A) Pence, Beaverton, OR; sisters: Judy I. Pence, Lind, WA, Jane M. Pence, Spokane, WA;  nephew: Wade (Melissa) Pence, Lind, WA; nieces: Barbara Pence, Hatton, WA; Nancy (Scott) Curl, Lynnwood, WA;  Cathy (Chris) Wheatcroft, Mount Vernon, WA; Tami (Philip) Davis, New Bern, N.C.; Rachel Pence, Portland, OR, Victoria Pence, Corvalis, OR; great- nieces: Rebecca, Spokane, WA; Kaylee, Hatton, WA; great-nephews: Matthew, Hatton, WA; Nathaniel, Tobias, and Josiah of Lind, WA; Josh, Seattle, WA; Damian and Maddox, Lynnwood, WA; A.J., New Bern, N.C. and many great-great nieces and nephews. Bob was lovingly referred to as “Dude” by several great-nephews.  He grew up on the family farm, living and breathing wheat.  People that knew him might have said that he had wheat growing in his veins.    Recently he retired, yet he still enjoyed watching the wheat grow and he loved watching this year’s great crop as they harvested it. On Friday, August 24, 2018, the family had a small graveside memorial service in Lind. They are asking instead of cards or flowers, for donations to be sent to the search and cure for Diabetes.

To plant a beautiful memorial tree in memory of Robert Pence, please visit our Tree Store