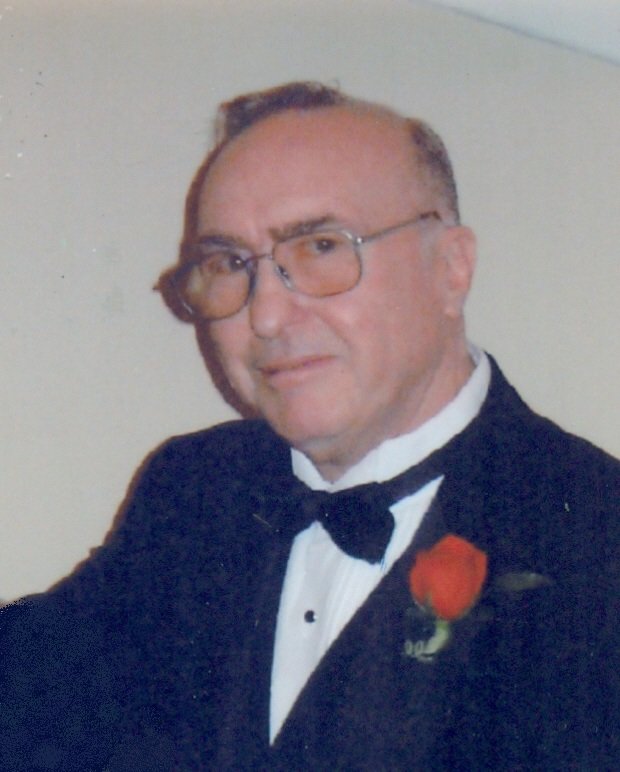 Sydney Saint “Syd” Sullivan passed away peacefully on Sunday, August 5, 2018.  Syd was born on December 3, 1930, in Spokane to George E. and Hazel G. (Long) Sullivan, joining three brothers (George, Daniel, Bernard) and later by another brother (Clark), and two sisters (Audrey, Beulah).  He graduated from Washtucna High School in 1948. Syd is survived by his wife Janice, his children Karen Kinch (Rod), Susan Sullivan, Steve Sullivan, Laurie Brown (Mike), Eleanor Brodahl (Ted), Kyle Stark (Laura) and Kevin Stark, as well as two step-children, Bill Markum (Vera) and Keri Gassett (Deke).  He has 18 grandchildren, 32 great grandchildren, and 1 great-great grandchild, as well as numerous nieces and nephews. Syd loved sports and traveling.  In 1954, he and his brother, “Bernie” Sullivan, played for the Bonners Ferry Braves and were the NBC and ABC Champions that year; and went on to place 3rd in the National Championship at Kansas City.  He had great memories of his successful Moose hunting trip in Canada with several friends from Washtucna.  He and Janice traveled twice to South Korea to visit their children. In addition, they traveled with Dale and Ginger Clark to United Kingdom where they watched the changing of the guard from the Palace steps.  From there Syd and Janice continued onto Ireland where they traveled throughout the country seeking out Irish ancestors and family, while also walking upon the Cliffs of Moher. Continuing their journey to Scotland, they had fond memories of their fun evening visiting with the home town people of Tiger Woods in their hotel, where he won the Open Championship at St. Andrews.  Finally, Syd enjoyed retelling the story of their rental car in Scotland where it had to be turned in without a scratch.  Syd and Janice carefully washed and cleaned the car and when it was turned in it was carefully inspected by a man and woman from the rental agency.  Upon noting no damage, the woman held out her hand and the man handed her $20.00.  She turned to Syd, smiled and said that she had bet that we would return the vehicle without a scratch!  They enjoyed their many trips with the Bank of Whitman and other excursions across the United States, making outstanding memories and friends along the way. Syd was a local businessman, operating a fertilizer business and fuel station, and was a friend to many throughout the region.  He was an active member of the Washtucna Community Church and the Washtucna Lions Club; he served as the Washtucna Mayor for nearly 44 years.  In addition to the many community events, he enjoyed attending sporting events of his children and grandchildren; and he loved to share many laughs with family and friends; a cool beverage in hand.  He enjoyed Gonzaga Basketball, Cougar Football and Mariner Baseball.  He was known for his quick wit, his infectious smile, and his kind and compassionate spirit.  During the latter part of his life he enjoyed feeding the many animals, including deer, wild turkeys, quail, and others that ventured into his backyard where he daily placed plenty of grain and water.  He enjoyed sharing these moments with his grandchildren and great-grandchildren, and others that stopped by to visit.  He will forever be missed but never forgotten. The funeral service will be held at the High School, Washtucna, Washington on Friday, August 17, 2018 at 11:00 a.m.. A potluck style reception will follow at the Washtucna Grange Hall with meat provided. To leave Condolences please visit our website at www.danekasfh.com

Share Your Memory of
Sydney
Upload Your Memory View All Memories
Be the first to upload a memory!
Share A Memory
Plant a Tree