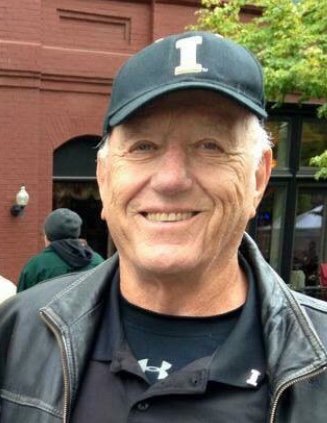 David Durrette Powers was born on May 11, 1940, to Henry “Hank” Charles and Anne Durrette Powers in Twin Falls, Idaho, three years after brother Charles Henry Powers.  He passed away on July 9, 2018.  Growing up, Dave’s childhood nickname was DD.  He had many escapades involving BB gun wars in the alley with garbage can lids as shields (and wearing thick coats), “borrowing” the driver’s education car, and stealing a cake from home economics class.  A favorite pet was a baby alligator sent from his mother’s family in Louisiana that lived in the bathtub until its untimely demise by flush.  Dave was active in sports and began his lifelong love of skiing.

One area of Dave’s childhood had particular impact.  Hank and Anne were schoolteachers and owned and operated Halford’s Camp, a seasonal fly-fishing resort on the Madison River in Montana where the family spent their summers.  Dave recalled these summers with fondness and they led to a lifelong love of the outdoors.  Unfortunately, summers at the resort came to an end when the 1959 Yellowstone earthquake caused massive flooding and destroyed the resort.

Upon graduation from Twin Falls High School in 1958, Dave journeyed north to Moscow, Idaho, to join the Vandal tribe—brave and bold—at the University of Idaho.  Dave was a member of the Sigma Chi fraternity; his father, Hank, had been a charter member.  Dave thoroughly enjoyed his time at UI and readily partook of the many diversions offered in the campus setting.  He always made the Dean’s List, although it varied from academic achievement to under achievement. He counted many Vandals as lifelong, treasured friends.

Most significant of these is Sally Newland Powers; they married on February 3, 1962.   Dave graduated with a degree in Chemical Engineering in 1963, and then Dave & Sally moved to Canoga Park, California, where Dave worked at Rocketdyne on the Apollo and Gemini spacecrafts’ propulsion systems.  They welcomed their first child, Christine, in 1965.  While continuing to work, Dave completed his Master’s Degree in Mechanical Engineering at USC in 1966 before son John was born at the end of that year.

In 1967, Dave & Sally moved to Ritzville, Washington, where Dave took over running the Newland family farm—a try-it-out proposition that extended for over fifty years.  One of his early additions was a tractor “entertainment system:” a small TV and large antenna; a VCR was added in the early 1980s. Third child Andrea was born in 1970, and Nathan completed the family in 1976.  Upon retiring from farming, Dave developed real estate in Moscow, Idaho, converting family farm property into commercial and residential subdivisions.

Together with his wife, Dave enjoyed annual ski vacations, often to Sun Valley, Idaho, as well as skiing, camping, and boating with the entire family.  Dave and Sally had heard that there were islands at Priest Lake, Idaho where you could boat out to and camp; the annual summer camping pilgrimage to Kalispel Island carried on for almost twenty-five years before they purchased a cabin on the east side of Priest Lake where they and their extended family have spent many memorable moments.

Over the years, Dave and Sally have travelled to countless Vandal football games.  Other highlights were bicycling trips to Vietnam, France, Germany, Cuba, Missouri, and North Carolina as well as rafting rivers throughout the west.  Dave also continued to gather with friends from the Twin Falls Class of ’58.  In recent years, Dave and Sally would temporarily relocate to Sun Valley each winter to enjoy the skiing, outdoor lifestyle, and duplicate bridge.  A particularly special occasion was their fiftieth wedding anniversary celebration in Sun Valley in 2012.

Dave enjoyed being active in the community of Ritzville.  He was a member of the Lion’s Club, Golf Association, and Trinity United Methodist Church.  He also supported local schools and athletics.  He was the longtime treasurer of the Ritzville Rodeo Association (despite not liking horses) and board member of the Marcellus Grange.  The Silver Fox enjoyed playing for the Lind-Ritzville Rugby Club over the years—both locally and in travel tournaments to New Orleans, Albuquerque, and Portland—as well as town team basketball for decades.  He loved golfing—playing in the Digs tournament (especially if there were winnings) and holes-in-one were highlights.

Dave will always be remembered for his dedication to his wife and family, sense of humor, athleticism, desire to have fun, energetic approach to life, strong work ethic, humility, generosity, patience, intelligence, and his great love of a practical joke, particularly for Sally’s Christmas gifts at the annual Lion’s Club Christmas party.  Many have described him as an inspiration—someone they looked up to—and he will be dearly missed.

He is survived by his wife, Sally; children Christine Powers; John Powers and his wife, Marsha; Andrea Powers Patterson and her husband, Chuck; and Nathan Powers and wife, Mindy.  At the time of his passing, he had eight beloved grandchildren who all cherished playing with Dave and his famous breakfasts:  Robyn Powers, Jackson Powers, Emma Patterson, Zachary Patterson, Samuel Patterson, Isabelle Patterson, Colton McClenny, and Wren Powers.

A Celebration of Life is scheduled for 4:00 p.m., Saturday, July 28, 2018 at the Ritzville Legion Hall, 106 E. Broadway, Ritzville, with a reception following.  All are welcome to attend and celebrate Dave's life.  In honor of Dave, the family has established a fund at his beloved University of Idaho.  In lieu of flowers, please consider a donation to the Dave Powers Memorial Fund for Engineering, c/o U of I Foundation, 875 Perimeter Drive MS 3143, Moscow ID 83843-3143; the Ritzville Lion’s Club, c/o Jim Leffel, 219 W Main Avenue, Ritzville WA 99169; or a charity of your choice.  The family would like to thank medical staff at Hometown Family Medicine, East Adams Rural Hospital, Cancer Care Northwest, and Sacred Heart for their care of Dave.

Share Your Memory of
David
Upload Your Memory View All Memories
Be the first to upload a memory!
Share A Memory
Plant a Tree