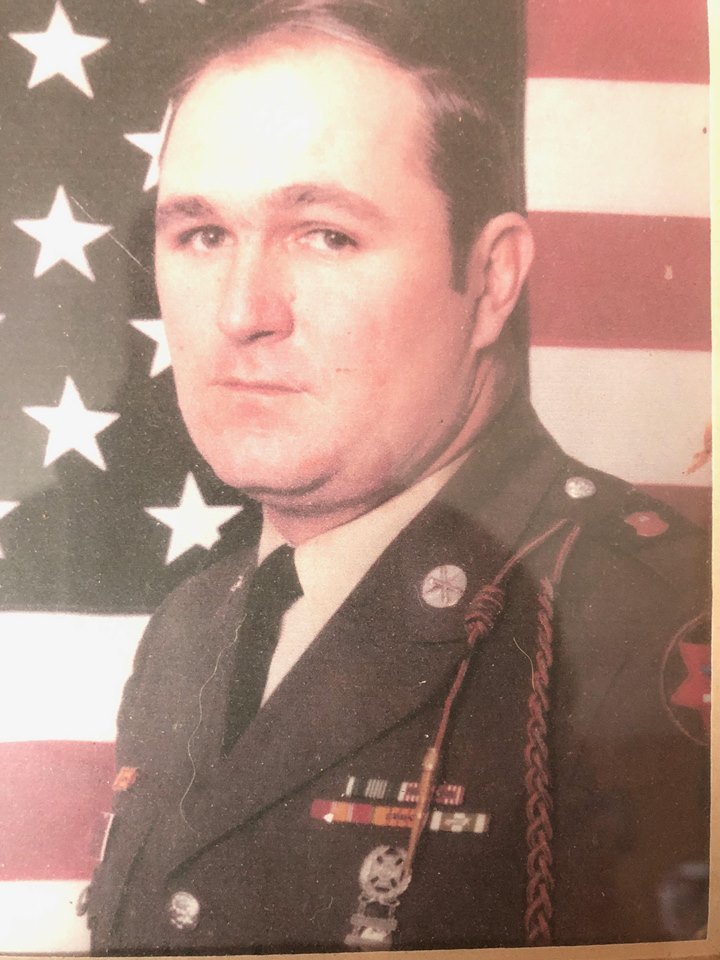 Gary Dale Carlson, age 71, passed away May 31, 2018, surrounded by family. Gary was born December 27, 1946, to Jack and Georgie Carlson in Puyallup, Washington. He attended and graduated from Sprague High School. His excellence in athletics resulted in a scholarship to Olympic Community College in Bremerton, Washington, where he played football before being drafted in 1967 into the United States Army to serve in Vietnam as a 13B1O Cannon Crewman. He left Vietnam as a Sergeant in 1970 and continued his service in the Army for 12 years leaving as a Staff Sergeant (13B3O).

Notre Dame was his team, and John Wayne was his hero.

Gary is survived by his three sons: Danny Carlson (Abby) of Puyallup; Matthew Carlson (Maggie) of Ritzville; and Andrew Carlson (Chauna) of Ritzville, and seven grandchildren: Bergen, Kajsa, and Leif Carlson; Brady Carlson; and Kelcee, Maycee, and Hagen Carlson. He is also survived by brothers Bud Carlson (Karlene) of Moses Lake; Randy Carlson (Teri) of Spokane; Terry Carlson (Debi) of Wenatchee; and sister Jaci Schmerer of Post Falls, Idaho. There are many nieces and nephews who could always count on Uncle Gary's presence at games and special events. Finally, Gary is also survived by his loyal friends to the end, Mike Bonderant and Richard Emerson.

Always a car man, Gary took his last ride in his 1963 Thunderbird with grandkids in the back and his son at the wheel. It was a wish come true, thanks to his family and the caring staff at the Veterans Hospital Community Living Center just days before he passed away.

Share Your Memory of
Gary
Upload Your Memory View All Memories
Be the first to upload a memory!
Share A Memory
Plant a Tree