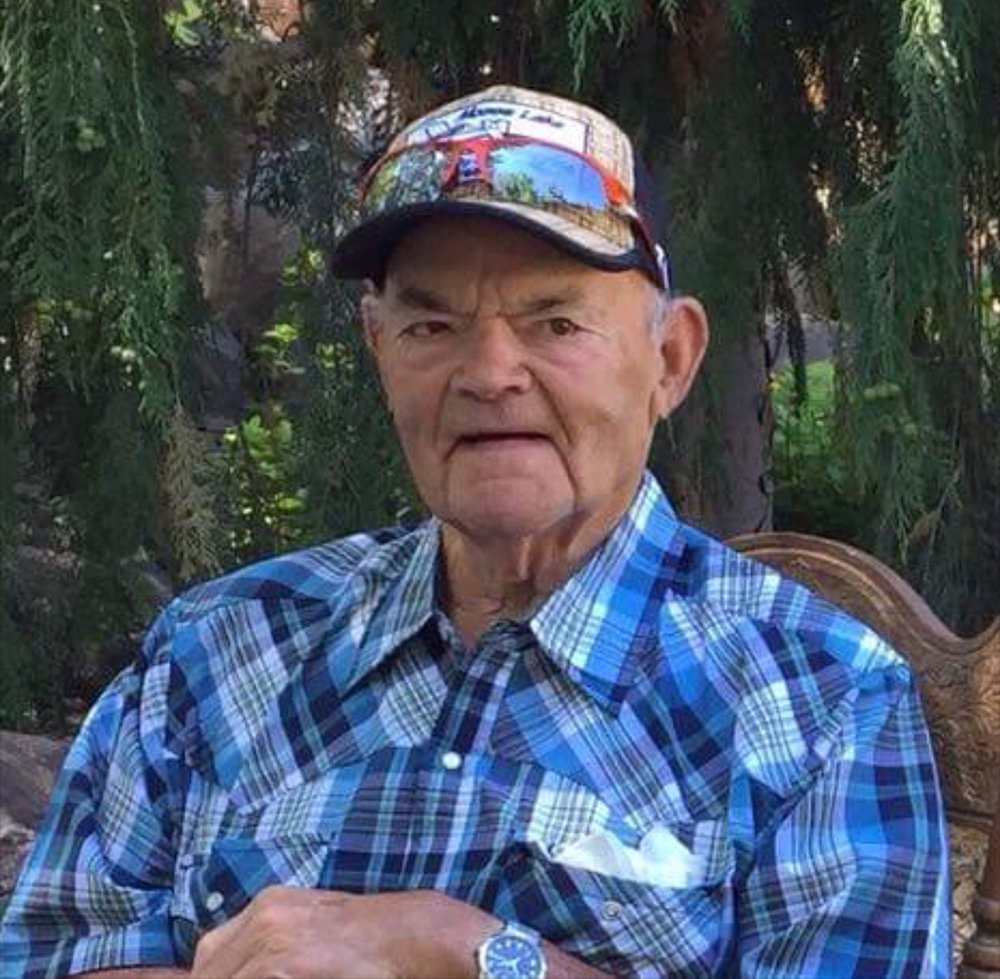 Thomas Leroy Meise, 82, of Moses Lake, WA passed away peacefully on Friday, October 13, 2017 in Spokane, WA. Tom was born on the family farm near Benge, WA on April 19, 1935 to Fred and Alvina Meise. He was the youngest of 8 children. Tom attended school in Benge until 5th grade and then furthered his education at Washtucna School through his graduation in 1954. He married Nancy Little on September 22, 1956. They spent the majority of their married life residing in Washtucna. Tom worked for the Benge Elevator Company until he was called to duty in the Army from 1957-1960. He worked in the agricultural field the majority of his life. Tom was a lifetime member of the Washtucna Fire Dept. and served as a Fire Chief for several years. Tom served on the Washtucna School Board as well as the Washtucna Town Council. Tom cherished every moment with his family.  He worked hard so he had enough to play, and play he did, as long as family was around. Jokes never stopped and memories continued to build.  Family was the center of his universe as the years rolled on.  A stranger was never a stranger for long either, because Tom would always speak first, “….where are you from?”…., soon they were a part of the family too.  In his world riches were not measured in dollar and cents, but those you could have a good conversation with. Hunting and fishing were one of Tom’s passions. He enjoyed his outdoor excursions with his sons in Washington, Colorado and Canada. The annual Blue Mountain elk hunting trips with his boys and grandsons were not to be missed. He enjoyed watching his grandchildren in athletics, traveling across the state to enjoy their successes. Tom loved to garden as well. Oh his beloved tomatoes….. He was preceded in death by his son Randy Meise, brother’s Donald Meise, Fred Meise, Jr. (Butch), Harold Meise and sister, Margaret Johnson. He is survived by his wife Nancy of 61 years, sons Stan (Pat) Meise, Marvin Meise, Warren (Debbie) Meise and Fred (Darla) Meise and daughter Monica (Wayne) Dainty; grandchildren April, Aleena and TJ Meise, Matt and Jacob Meise, Kevin and Kyla Dainty, Mattea Welch and Walter, Weston and McKenna Meise, as well as 9 great-grandchildren. He is also survived by his siblings Alvera Zeller, Earl Meise and Sharlene Sullivan Ling. A Celebration of Life will be held on Saturday, October 21st at 11:00 AM at the Washtucna High School Gymnasium followed by a lunch reception.  A graveside service will be held prior to the life celebration at 10:00 AM at the Washtucna Cemetery.  Memorial donations may be made in Tom’s name to the Moses Lake Christian Academy, Gymnasium   Construction Fund, 1475 Nelson Rd NE, and Moses Lake, WA 98837. Donations may be made in person at a Washington Trust branch “MLCA Gym” account. Condolences may be left at www.danekasfh.com