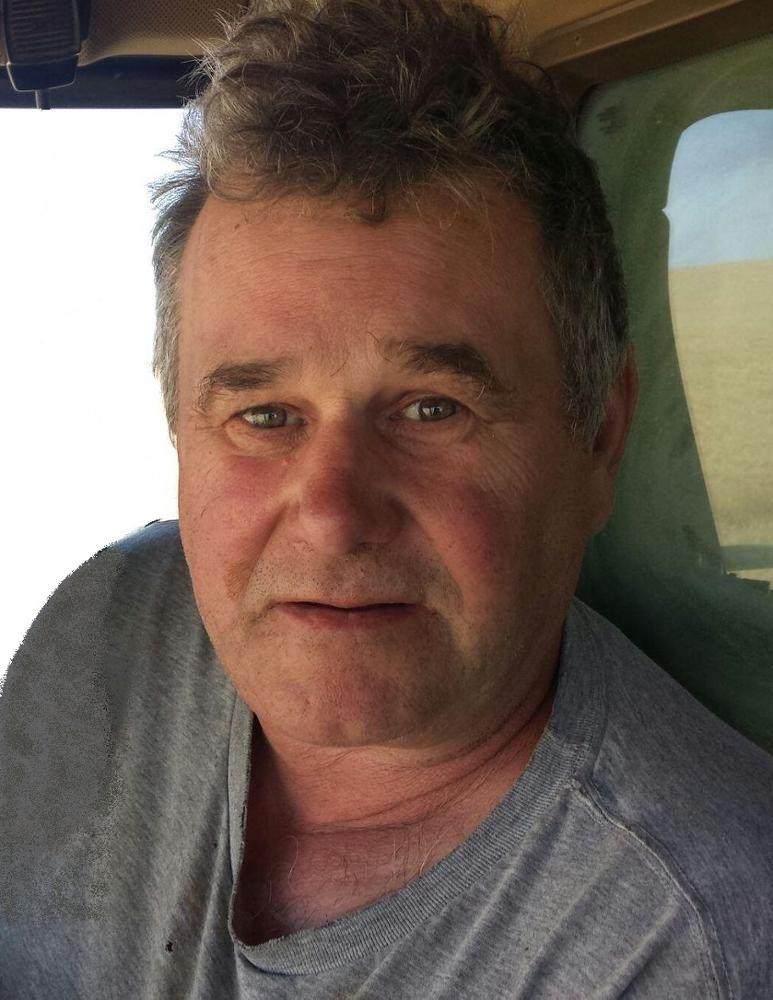 Emmitt D. Cain passed away February 24th, 2017. He was born July 25th 1957 to Emmitt L and Flossie Cain. He was raised with wheat and cattle in Hooper, WA. He graduated LaCrosse High School in 1975. He attended Washington State University where he was a beloved AGR brother. Farming was always Emmitt’s calling. He stayed in the Palouse to help out after his father passed. He met Jullie Kagele in 1982. They were married June 29th, 1985. It was then Emmitt assisted his father in law and brother in law on their farm in Ritzville. Emmitt became a father in 1988 to Jill Sarah and again to Laura Michaele in 1990. His granddaughter, Alison Monroe Osborn came in January of 2016. He was a loving and devoted father, husband and gushing grandpa. He is preceded in death by his parents and two nephews. He is survived by his wife of 31 years, Jullie; daughters: Jill Cain (Tyler Warman) and Laura Osborn (Michael), granddaughter Alison Osborn; sisters: Alice Anderson and Julie Tess; his brother Edwin Cain, as well as numerous nieces, nephews and cousins. Memorial donations in his name can be made to Hospice, Shriners or LaCrosse Dollars for Scholars program. A celebration of life will be held Saturday March 11th at the American Legion Hall in Ritzville at 11am. Condolences may be left at www.danekasfh.com
To plant a beautiful memorial tree in memory of Emmitt Cain, please visit our Tree Store
Saturday
11
March

Share Your Memory of
Emmitt
Upload Your Memory View All Memories
Be the first to upload a memory!
Share A Memory
Plant a Tree