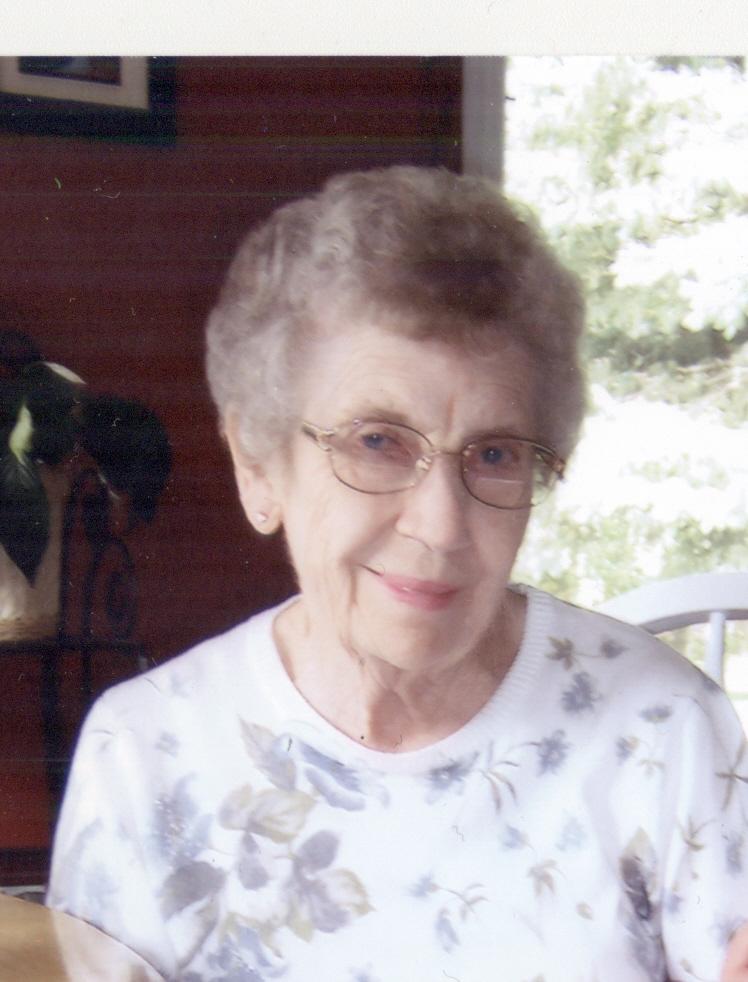 Obituary of Ruth A Telecky

Ruth Foss Telecky was born to Gladys Spicer Foss and Havlor Foss on March 30, 1928 in Pohlitz, Minnesota. She was the youngest of five children. Her sister Etta Elliot and brothers Daniel Foss, Hallard Foss and Abraham Foss have all preceded her in death. Ruth grew up in Northern Minnesota and graduated from Badger High School in 1947. Shortly after graduation, she followed her older sister Etta out west to Washington State. Both Ruth and Etta settled in Ritzville and got waitressing jobs at the old OB's Café. One night, while Ruth was working the dinner shift at the café, in walks a handsome young farmer. That farmer, Clifford Telecky, spotted Ruth and Ruth spotted him. Cliff asked another waitress, who the cute new girl was. That night, Clifford asked Ruth to go to the movies with him on her next day off and she agreed. Years later, neither could recall what movie was playing. They only remember that the show opened with a Tweety Bird cartoon. While walking back to the car after the show, Cliff took Ruth's hand and told her, "You are my Tweety." That nickname stuck for the remainder of her life. Ruth and Cliff were married December 22nd, 1951. They made their home on the farm just East of Ritzville. Ruth was a partner to Cliff in every way. She could feed the cattle, drive truck and still have the dinner meal ready and on the table by the time he got in from the fields. She also worked outside of the home for a number of years as a waitress and bartender at the Circle T. That was where she enjoyed socializing with both the locals and tourists alike. Ruth loved to knit, cook big family dinners, work in the garden and spend time fishing at Downs Lake. If you stopped by for a visit, you would often leave with a jar of her homemade grape jelly or sweet pickled asparagus. She loved to share her homemade goods. The couple also enjoyed traveling to their home away from home, Winnemucca, Nevada. There, Cliff would sit in the bar and watch baseball while Ruth enjoyed playing the slots. In 1988, Ruth and Cliff sold the farm and moved into town. They happily enjoyed their retirement together until Clifford's death in 1998. Ruth continued to live in their home for a number of years after that. Her final years were spent at the East Adams Care Center. The family would like to thank the staff at the Care Center for taking such wonderful care of Ruth in her final years. Ruth is survived by numerous nieces and nephews, whom she loved dearly. Visitation will be held at Danekas Funeral Home –Ritzville on Monday January 30, 2017 from 12 Noon to 5 PM. A Graveside service will be held at Ritzville Memorial Cemetery on Tuesday January 31, 2017 at 10 AM and will be followed by a Memorial service at Trinity United Methodist Church in Ritzville at 11 AM. Memorials or donations can be sent to any charity or church of your choice. Condolences may be left at www.danekasfh.com
To plant a beautiful memorial tree in memory of Ruth Telecky, please visit our Tree Store
Monday
30
January

Share Your Memory of
Ruth
Upload Your Memory View All Memories
Be the first to upload a memory!
Share A Memory
Plant a Tree