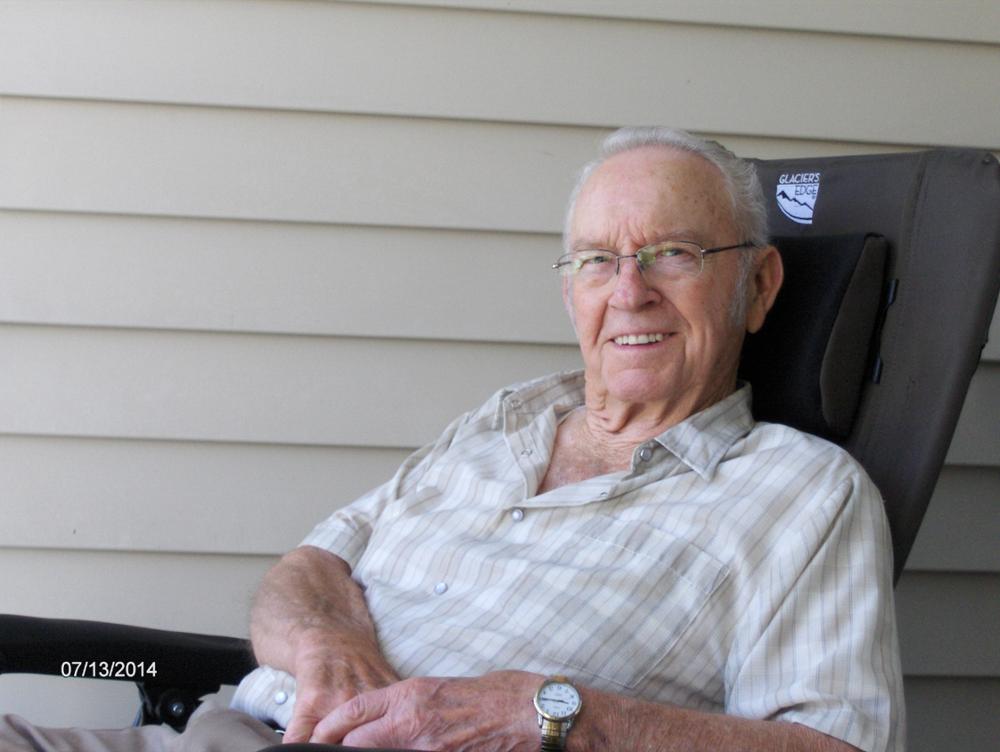 ENGLEHART, CHARLES EUGENE “BUD” 1930-2017 Charles “Bud” Englehart, age 86, passed away January 5, 2017 at his home in Lind, Washington. Bud was born August 22, 1930 in a little house “down the street” in Lind, Washington to parents Reinhold and Goldie Elizabeth (Fritchle) Englehart. He had five sisters and one brother. The only time Bud didn’t live in Lind was during his stint in the Army. He worked many different jobs as a young man, but after returning from his Army duty he began working for Lind Electric Shop. Bud and Sharon began dating in 1953 and married on Friday the 13th of November, 1953. He continued working for Lind Electric Shop and bought the business from Al Labes in 1976. He and Sharon continued the business, as Bud’s Electric, until he retired in 1992. His retirement was spent around their yard and home and doing odd jobs for friends. Bud enjoyed watching Nascar racing, football and basketball games on television. Bud is survived by his wife, Sharon, daughter Cindy Englehart, Shoreline, WA, son Randy (Lynn) Englehart, Quincy, WA, grandson Travis (Vanessa), North Bend, WA, granddaughter, Lori (Adam) Jewell and precious great-granddaughter Evelynn Ann Jewell, Quincy WA; sisters Juanita Keck, Spokane, WA; Darlene Rose, Santa Maria, CA; Spokane, WA; brother David (Shirley) Englehart, Ritzville, WA; and brother-in-law Bill Keeton; numerous nieces, nephews, and cousins. He is preceded in death by his daughter, Julie Diane, his parents, sisters and brother-in-laws Carol and Z.B. Dowling, Sally Keeton, Nancy and George Leeth, Robert Rose and Lew Keck. A memorial will be held late in March. Bud requested memorials be made to the Lind Senior Center, PO Box 345, Lind, WA 99341-0345 or charity of your choice. Condolences may be left at www.danekasfh.com
To plant a beautiful memorial tree in memory of Charles Englehart, please visit our Tree Store
Friday
24
March

Share Your Memory of
Charles
Upload Your Memory View All Memories
Be the first to upload a memory!
Share A Memory
Plant a Tree