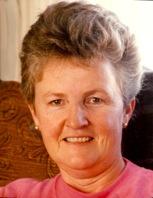 Lois Elaine Klindworth, age 79, passed away January 17, 2016 in Kennewick, WA. She was born in Spokane, WA on May 31, 1936 to Theodore and Dorothy Montgomery. Her early childhood was spent in Oakesdale, WA where her father was the editor of the local paper. Her father passed away unexpectedly when Lois was 7. Her mother later remarried and Lois’s stepfather was Allen Hoffman. Both of her parents were in education, so the family lived in several places during her childhood, Lois attended high school in Ephrata, WA and graduated from Stevenson High School in 1954. She attended Washington State College, graduating in 1958 with a B.A. in Education. On August 10, 1958 she married Wayne Klindworth and moved to the family wheat farm near Connell. She taught second grade at Connell Elementary in ’58-59. With the arrival of her first child in 1959 she became a homemaker, but she did continue to substitute teach over the years. Lois was involved in many activities, she was both a Boy Scout and Girl Scout leader, taught Sunday School, was a member of Connell United Methodist Church and United Methodist Women, Beta Sigma Phi and was a charter member of the Connell chapter of P.E.O. She was also a member of the Washington Association of Wheat Growers and with her husband’s involvement as President of that organization and also Chairman of U.S. Wheat Associates, she travelled to many meetings and conventions across the United States. Travel was something she and Wayne enjoyed immensely, whether it was spending winters in Yuma, or vacations with friends to many places in the U.S. and around the world. Lois was very good at making friends, she loved meeting new people and doing new things, a gift she probably learned from moving frequently as a child. She was always comfortable with herself and had a way of matter-of-factly making others at ease too. She was an avid reader and had a passion for the English language, always correcting others in its proper use! She was a talented knitter and thoroughly enjoyed games. She adored her grandchildren and helped raise them with a lot of reading, playing scrabble, boggle, and cribbage. Lois was preceded in death by her mother, father, stepfather, and her sister Jean Reid. She is survived by her husband Wayne, brother Don Hoffman (Pat) of Bothell, WA, sister Karen Hoffman (Stuart Sneider) of Trout Lake, WA, brother-in-law Dick Reid of Phoenix, AZ, son Craig (Donna), daughter Gaye Pierson (John), son Neil of Portland, OR, grandchildren: Katie Pierson Hill (Ross) of London, UK, Rachel Pierson of Dallas, TX, Cullen (Amanda), Derek, and Elaine Pierson, A private graveside will be held on May 31, 2016 at 10:00 a.m., Mountain View Cemetery, Connell, WA. A Memorial Service will be held at 11:00 a.m., Connell United Methodist Church, immediately following the private internment. In lieu of flowers, memorials may be given to Connell United Methodist Church, PO Box 99, Connell, WA 99326
To plant a beautiful memorial tree in memory of Lois Klindworth, please visit our Tree Store
Tuesday
31
May

Share Your Memory of
Lois
Upload Your Memory View All Memories
Be the first to upload a memory!
Share A Memory
Plant a Tree