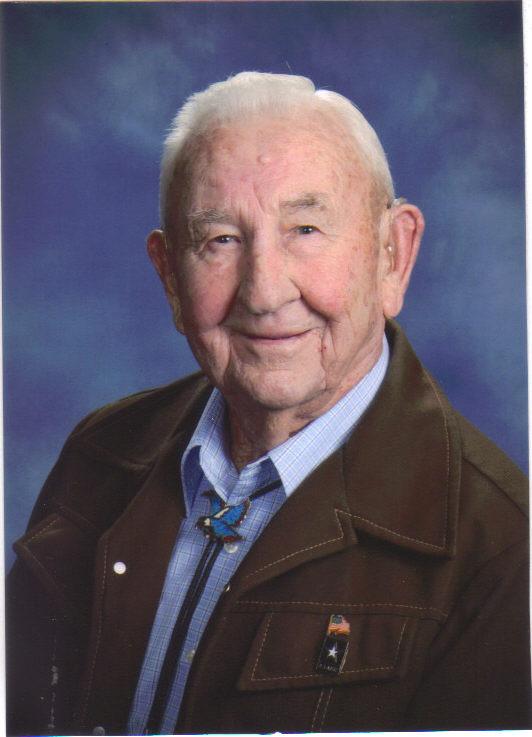 WIEST, Alfred (Age 96) Passed from this life peacefully into the presence of his Savior on Wednesday morning February 3rd following a short illness. Alfred Wiest was born May 15, 1919 in Kurudschika, Bessarabia (Romania), the eldest of six children born to Michael and Mary (Grams) Wiest. At age six the family moved to Brazil, and 2 ½ years later settled in Ralston, WA. Alfred graduated in 1941 from Ritzville High School. Alfred saw action in WWII in the Battle of the Bulge. On June 26, 1949, Alfred and Ruth Gross were married in Dryden, WA. For the next 8 years he worked in grain elevators in Paha, Hartline, and Odessa, WA. In 1957 the family moved to Odessa where Alfred resided until his death. Alfred retired in 1983 after working 25 years with the Lincoln Co. road department. In retirement the Wiests traveled extensively, visiting all 50 states and 9 Canadian provinces. They also took 3 cruises and made 4 European trips to visit relatives. As well as fishing, hunting, and playing horseshoes, Alfred enjoyed gardening, and many people in the community were recipients of the fruits of his labors. He was also active in the church and church activities all through his life. Survivors include three sons: Rev. Harold Wiest (Charlene) of Kamloops, B.C., David Wiest (Diane) of Yakima, WA, Paul Wiest (Pam) of Ashburn, VA; eight grandchildren – Michael (Bethany), Joel and Tim Wiest; Anna Wiest, Laura Cooper (Christopher), and Wendy Hoffard (Taylor); and Jill Hamilton (Edsel) and Lisa Wiest; and one great-granddaughter – Paige Hoffard. He was predeceased by his wife of 61 years, Ruth; 1 brother and 4 sisters, and one grandson, Matthew. The funeral service will be held at 11:00 a.m. on Saturday February 13th at Heritage Church in Odessa, WA with Pastor Jon Hayashi officiating. Arrangements are in care of Danekas Funeral Home – Ritzville. Memorials are suggested to the Odessa Heritage Church. On-line memorial condolences can be made at www.danekasfh.com
To plant a beautiful memorial tree in memory of Alfred Wiest, please visit our Tree Store
Saturday
13
February

Share Your Memory of
Alfred
Upload Your Memory View All Memories
Be the first to upload a memory!
Share A Memory
Plant a Tree