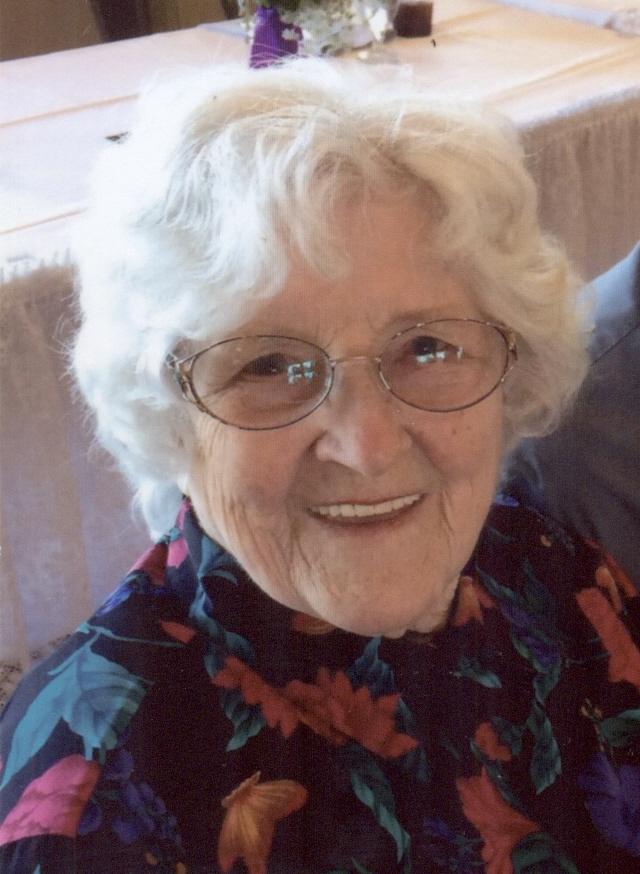 Swartz, Shirley M. (88) passed away on November 24, 2015 in Spokane. She was born June 18, 1927 in Mohler, WA to Donald and Lorena (Kupers) Hawkins. She attended school in Harrington, WA and married her high school sweetheart, Orville “Yogi” Swartz on June 15, 1944. They lived in Harrington, Ephrata, Odessa and Ritzville; where Yogie died at the age of 56. Shirley worked as a bookkeeper in Odessa and at the Ritzville Hospital, where she retired. Following retirement, Shirley and her good friend Bob “Shorty” Sewall became snow birds spending the winters with many friends in Yuma, Arizona. Until recently she never missed the Harrington Fall Festival and Alumni Banquet or the Odessa Duetsches Fest. Shirley loved being with friends and family, especially during Christmas, when she could share her elaborate Christmas Village Collection. Shirley is survived by her sons: David (Kathy) Swartz of Moses Lake, WA and Ron Swartz of Spokane, WA; grandchildren: Scott (Katina) Swartz, Kristy (Pat) Bishop of Moses Lake, WA, Lisa Swartz of Oregon; great grandchildren: Colby, Kailee and Britney Swartz; Jordan and Tanner Bishop of Moses Lake, WA; sister: Glenna Snider of Pomeroy, WA and numerous nieces and nephews. She was preceded in death by her parents, husband, sister: Doris Proctor and her brothers: Bob and Jack Hawkins. Our family would like to thank the staff at Rose Garden Estates in Ritzville and Autumn Years Adult Family Home for their loving care of our mother. Visitation will be Friday December 11, 2015 from 12 Noon to 5:00 PM at Danekas Funeral Home- Ritzville. Funeral Services will be held Saturday December 12, 2015 at 11:00 AM at Zion Philadelphia UCC in Ritzville and followed by interment at Harrington Cemetery. In lieu of flowers, memorials are suggested to Harrington Cemetery.
To plant a beautiful memorial tree in memory of Shirley Swartz, please visit our Tree Store
Friday
11
December

Share Your Memory of
Shirley
Upload Your Memory View All Memories
Be the first to upload a memory!
Share A Memory
Plant a Tree