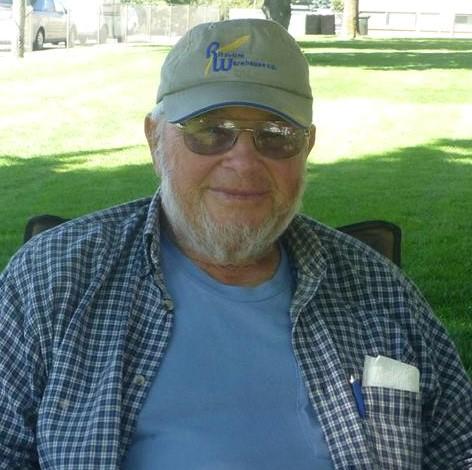 Allan Koch passed away peacefully at home on Tuesday, June 23, 2015 at the age of 78. He was born on August 31, 1936 in Ritzville to Lydia Miller Koch and Roy Koch. Allan was a lifelong resident of Ritzville, residing on the family farm west of town. Allan graduated from Ritzville High School in 1954. While in school he played on the undefeated 1953 Bronco football team. He was also active in FFA on the livestock team, winning the Scheel Memorial Award and earning the state FFA degree. Allan continued his education at Washington State College where he was a member of Alpha Zeta and Phi Kappa Phi and earned a BS in agronomy in 1958. It was at WSC where he met his wife, Alice Mohondro. Following college, Allan returned home to farm. He and Alice were married on April 7, 1962. They raised three children on the family farm and were active in the community. Allan was raised in Philadelphia Congregational Church until 1977 when he joined Trinity United Methodist Church. He was also an active member of the Adams County Wheat Growers Association, Washington Association of Wheat Growers, Jaycees, and was on a bowling team. In the early 1960’s, Allan was a staff sergeant in the Washington Air National Guard and was on alert during the Cuban Missile Crisis. Allan was president of the Adams County Historical Society for many years. As a steward of the land, he loved to plant bushes and trees so in 1969 Allan was named “Conservation Farmer of the Year.” Allan was passionate about education and was always learning. He loved books and was particularly interested in Teddy Roosevelt, religion and history of the west. He encouraged his children to further their education and was an avid supporter of school activities, recently following his grandchildren’s sporting events. Allan enjoyed watching the Broncos, Cougars, Gonzaga and Seahawks sporting events. Allan is survived by his wife Alice of 53 years at the family home; daughter Donna Koch of Ritzville; sons Douglas Koch (Jennifer) of Buckley and Matthew Koch (Stephanie) of Spokane Valley; grandchildren Trevor and Tessa Jantz of Ritzville, Bailey and Allison Koch of Buckley, Grayson and Nolan Koch of Spokane Valley; sister Elva Koch Allen (Jim) of Wilbur and numerous nieces, nephews, cousins and friends. Memorials made be made to Ritzville Alumni Association Scholarship Fund, PO Box 312 , Ritzville, WA 99169. Services will be held on Monday, July 6, 2015. Visitation will be held at Danekas Funeral Home from 11 am until 12:30 pm followed by internment at Ritzville Cemetery at 1 pm. Funeral services will be at 2 pm at Ritzville Foursquare Church. Since Allan loved cookies, a cookie reception will follow the services
To plant a beautiful memorial tree in memory of Allan Koch, please visit our Tree Store
Monday
6
July

Share Your Memory of
Allan
Upload Your Memory View All Memories
Be the first to upload a memory!
Share A Memory
Plant a Tree