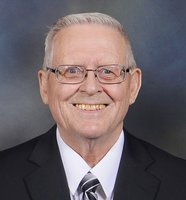 GARY JANTZ (Age 78) Gary Jantz passed on to his Heavenly home on March 7, 2021. Gary was born April 13, 1942 to Leonard and Iva Schrag Jantz in Odessa. The family lived on a farm in the Ruff area until Leonard passed away in 1947. The family then moved to a home in Ritzville Washington. Gary had very fond memories of time spent with grandparents and cousins during his youth and took on a daily paper route. During High School, he enjoyed spending time with friends and was a gifted athlete. Gary played Football as a running back and ran hurdles in track. During his off time, Gary worked on the farm for his Uncle Walt. Gary graduated from Ritzville High School in 1960 and furthered his education at Bethel College. After some time off from school, Gary transferred to Whitworth College where he graduated in 1965 with a Business major. At Whitworth he met and married the love of his life, Kay Clinesmith on June 27th, They were happily married for 41 years before Kay passed away in 2006. After college Gary worked for Old National Bank at various branches in Spokane, Harrington and Walla Walla before moving back to Ritzville to farm. In 1979, he and Kay moved to a farm south of Lind to raise their family. Gary spent long days working the farm but loved to take time out to tell stories and share laughter with this family and friends. In 1992 Gary retired from farming and he and Kay moved back to their home in Ritzville where Gary resided for the rest of his life. He enjoyed fishing, golfing and motorcycling. Gary lifelong favorite vacation spot was the Oregon coast. He enjoyed visiting with family there so much that it was nearly a yearly destination. He was an active member of the Menno Mennonite Church and loved attending services and the fellowship. Gary had a gifted tenor voice and ear for music. He sang in many quartets, choruses, and community choirs though out his life. Most of all Gary is remembered for his smile, laughter and perseverance. Gary was preceded in death by his wife Kay, parents, identical twin brother Larry, sister Joy Benzel, and brother Roger. Left to cherish his memory is his daughter Dione, son Jeffrey, many loving nieces, nephews, cousins, and friends. Viewing will be available Thursday March 11th at the Danekas Funeral Home and Crematory in Ritzville. A family, congregational and virtual memorial service will be held Saturday, March 13th at 11am. A private graveside service will follow. The service can be viewed at https://mennomennonite.org/garyjantz. Memorials may be made to Menno Mennonite Church at mennomennonite.org or Mennonite Disaster Service.